Frank Schaeffer has offered a blog post which seeks to highlight how unlike modern “Bible-believing Evangelicals” Jesus was. Here are some excerpts:

Jesus certainly was not a “Bible believer,” as we use that term in the post Billy Graham era of American fundamentalist religiosity that’s used as a trade-marked product to sell religion. Jesus didn’t take the Jewish scriptures at face value. In fundamentalist terms, Jesus was a rule-breaking relativist who wasn’t even “saved,” according to evangelical standards. Evangelicals insist that you have to believe very specific interpretations of the Bible to be saved. Jesus didn’t. He undercut the scriptures…

The stories about Jesus that survived the bigots, opportunists and delusional fanatics who wrote the New Testament contain powerful and enlightened truths that would someday prove the undoing of the Church built in his name. Like a futurist vindicated by events as yet undreamed, Jesus’ message of love was far more powerful than the magical thinking of the writers of the book he’s trapped in. In Jesus’ day the institutions of religion, state, misogyny and myth were so deeply ingrained that the ultimate dangerousness of his life example could not be imagined. For example his feminism, probably viewed as an eccentricity in his day, would prove transformational.

Jesus believed in God rather than in a book about God. The message of Jesus’ life is an intervention in and an acceleration of the evolution of empathy…

The post is not without its problems. Some of the incidents Schaeffer mentions are of questionable historicity, and if they are the invention of Gospel authors, then that undercuts his facile distinction between a Jesus supposedly misunderstood in his own time but understood today by Schaeffer, and the allegedly bigoted composers of the New Testament. It seems better to me to recognize that Jesus was a figure whose impact was both understood and at times rejected by his supporters as well as his opponents, and that the same continues to be true today, while the “full impact” of Jesus, as of any figure, may differ in later ages from what it seems to be in their own time.

But that said, as I have discussed here before on more than one occasion, it is certainly true that Jesus approached the Bible differently than modern Evangelicals tend to.

See also yesterday’s Salon article on the rise of the Christian left. 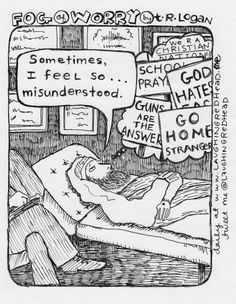 July 22, 2014 The Gospel According to the Other Mary
Recent Comments
26 Comments | Leave a Comment
Browse Our Archives
get the latest from
Religion Prof: The Blog of James F. McGrath
Sign up for our newsletter
POPULAR AT PATHEOS Progressive Christian
1