This episode starts with another eye close-up, as Michael is looking for Walt. Walt is learning to throw a knife from John Locke – and after missing frequently, when asked to picture it in his mind’s eye first, the knife is right on target. I’m pretty sure this is supposed to remind viewers of Star Wars: A New Hope, and Luke Skywalker’s aptitude. Michael finds Walt and gets angry – but Locke insists that Michael needs to stop treating Walt like a child. Michael gets angry with Walt again later and burns his comic book, then Walt runs off, leading to Michael and Locke needing to rescue him from a polar bear.

In flashbacks, we see Michael talking with Walt’s mother Susan, as he plans to stop painting and go back to construction work while she studies law. Later, we see her planning to take Walt to Amsterdam to pursue an opportunity. And then, when he learns she is seeing someone, he says he is going to come to Amsterdam to get Walt – but doesn’t pay attention and gets hit by a car. Later, in the hospital, he gets a visit from Susan, saying that she and Brian are getting married and that he wants to adopt Walt. Eventually, Brian goes to see Michael. Susan had a blood disorder and died within a week. Brian talks about Walt being different, and strange things happening when he is around. One example is when he couldn’t get their attention to look at pictures of birds in a book, and then a bird hits the window.

While Sayid and others look at Rousseau’s maps, Michael plans to build a raft to try to get off the island. Michael tells Walt that this is them taking control of their own destiny.

Charlie works to keep Claire’s belongings safe, including her diary. Eventually he reads it, and finds that Claire wrote of having a dream about the “black rock” which she cannot get away from.

The episode ends with Claire coming out of the jungle.

While some might say that the show did little with the idea of “special” children that was a major focus in early seasons, I beg to differ. The specialness of the man in black, with the result that he sees his murdered mother, and intuits how to utilize the island’s energy, by channeling water and building a wooden wheel to direct it, so as to make an exit from the island. The writers may have had to explore Walt’s story less than they might have wanted to, as the actor aged. But the theme does not disappear. To return to the Star Wars analogy, we might say that the focus throughout is on the Force, not on the people who are strong with the Force for their own sake. 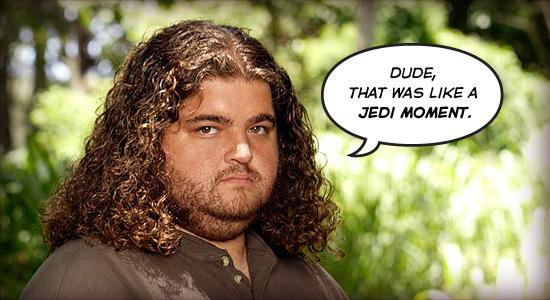 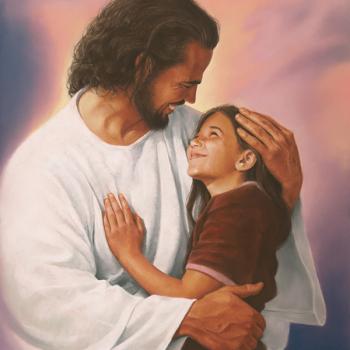 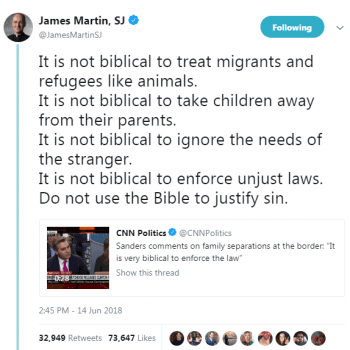 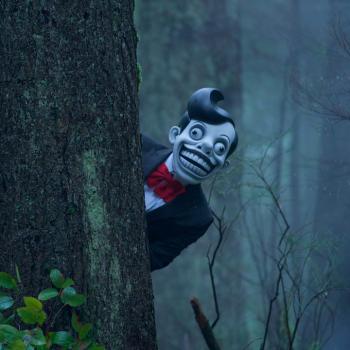