If the Flood was Global, the Mormons are Right!

If the Flood was Global, the Mormons are Right! November 25, 2014 James F. McGrath

I had an interesting thought when a commenter shared how they respond to the claim that the entire globe must have been covered by the flood spoken of in Genesis. He points out that Acts 2:5 says that “there were devout Jews from every nation under heaven” in Jerusalem, which means the known world and not the entire globe.

It struck me that, in order to press that to really mean every nation under the sky, one would have to say that the Church of Jesus Christ of Latter-Day Saints is correct, that Israelites reached the Americas.

I wonder how many Protestant fundamentalists are willing to follow their “logic” to that logical conclusion. 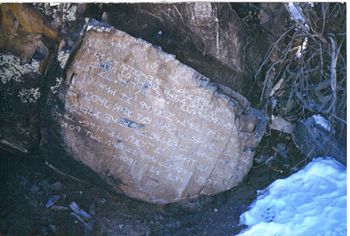 November 25, 2014 Scenes from #SBLAAR14
Recent Comments
9 Comments | Leave a Comment
"You have misrepresented what I wrote again, and you insultingly suggest that as an academic ..."
James F. McGrath Five Reasons Why Mythicism is Disappointing
"Hoot!You have become a cartoon character.You only publish in blog posts? Those are the only ..."
Sandy Plage Five Reasons Why Mythicism is Disappointing
"You weren’t willing until now to talk about whether Judaeans is a better translation of ..."
James F. McGrath “To Your Tents, O Israel!” A ..."
"Okay, you have been warned about your trolling and lowering of the tone of discourse ..."
James F. McGrath Understanding Whiteness
Browse Our Archives
get the latest from
Religion Prof: The Blog of James F. McGrath
Sign up for our newsletter
Books by This Author Books by James F. McGrath