The season 2 premiere of LOST is wonderfully mind-bending, and showed the kinds of surprising things LOST had in store, as it started blowing the lid (literally) off of the mysteries it had set before us. It starts with things we aren’t immediately able to understand. But eventually, we discover that the person we are watching wake up, make breakfast, and exercise is Desmond, the man who has been living down the hatch. 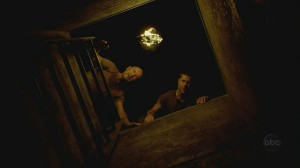 The hatch door said QUARANTINE on the inside. The question of whether that was intended to keep the people responsible for pushing the button from leaving is raised – although our minds when the episode first aired turned to the “sickness” that Danielle Rousseau had mentioned.

Shannon hears the whispers in the jungle, then sees Walt dripping in water.

In a flashback, Jack’s father advises him to give patients hope, even if the likelihood of success is just 1%. On the island, Jack gives the people hope that everything will be OK, that they will be safe there in the caves.

Locke takes some cable and goes to the hatch. Kate goes too, then Jack.

In a flashback, Jack meets Desmond while jogging. When it turns out they both have backgrounds in medicine, the phrase “small world” is uttered, which we find out later is an understatement. They end up talking about miracles and whether Jack believes in them. When Desmond leaves, be says “see you in another life.” Sarah ends up able to feel and to wiggle her toes.

In the hatch, the old fashioned computers, and the concreted-up spot with magnetism, are all baffling at this stage. The episode ends when Jack recognizes Desmond, who is holding Locke at gunpoint.

Rewatching this episode was just delightful. The show offered mysteries that emerged from answers to previous questions, and this remained its defining characteristic throughout.

The episode title recalls the contrast Locke made between himself and Jack at the end of last season. Ultimately the show suggests that both perspectives are important, and both on their own are partial, but even together, they do not solve every problem or answer every question. 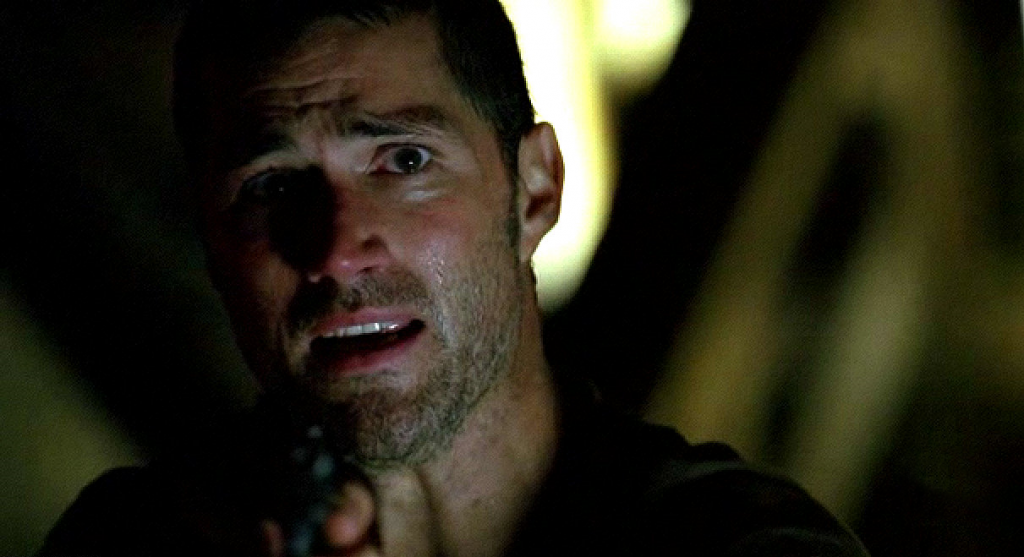