Readers of my blog, and people who follow me on Twitter or are connected with me on Facebook, will be familiar with Jeff Carter, whose blog That Jeff Carter Was Here features things like Bible-inspired limericks. But his blog has also regularly featured photography and poetry, and those posts were in some instances precursors to his new book, Muted Hosannas

. I asked Jeff if I could interview him about the book, and he kindly accepted.

I will put my questions in bold, and then Jeff’s answers following those.

I’ve read your blog, and appreciated your photos and poems (and of course your limericks) for some time. At what point did you realize that you had the making of a book on your hand? Did it start as just blogging and then become something more, or did you think “this could be a book” from the outset?

Major Kevin Jackson (of The Salvation Army’s Frontier Press in California) is a friend of mine.  He’d read my work at my blog and contacted me last summer about the possibility of putting a book together.  He saw the potential there of combining my writings and my photography.

Do you have a favorite poem and/or photo from the book? (I realize it may be “Muted Hosannas” which would explain the title of the book, but if so, this is your chance to say that!)

A favorite?  Perhaps a favorite from each of the 3 sections?  It’s too difficult to say I like – this one- best.  The reason I like them varies from moment to moment, day to day.

from the Israel section “Eating an Orange on Mount Carmel on Ash Wednesday” – it really happened that way.  I snagged an orange from our hotel’s breakfast buffet and pocketed it as a snack.  I ate it while we were at Carmel. Our guide was to one side of us, telling us about the history of the place, on the other side were two men from another tour group getting very excited about the eschatological significance of the place, “This is where it’s all going to go down, man!”  And I just wanted to share some sort of communion, so I broke apart the segments of my orange (which I’ve just discovered, are referred to as “supremes”) and shared them with my tour mates.

From the lectionary middle section my favorite is “How Shall I Rise in Brightness?” as I’m thinking about the horrible juxtaposition of the senate Torture report and this Christmas / Advent season.

From the 3rd Haiku section – I would choose the haiku based on John 10:22-24 (page 66) fitting for the weather we’ve had, and the wonder and ambiguity (and even doubt) I have sometimes.

How did the pairings of poems and photographs come about? Did you write the poems and then seek photos to accompany them? Or was it the reverse? Or did it vary?

As Major Jackson was very keen to have the Israel poems represented, and others on his staff very much wanted to see the Haikus.  We slowly narrowed the list down to these.  The pairing of my photos to the poems was left to my discretion up to me.  I chose those that I thought would 1) fit well with the poems (even if they weren’t explicitly linked) matching the mood, if not the content – and 2) would reproduce well in print.  We had to change out one photograph towards the end of the process because the printer was concerned that it wouldn’t come out as well as we would have hoped.

The part of the book that particularly made an impression is the section on the Holy Land. I could relate to the sense of ambiguity as a visitor – indeed, I’ve been caught not just between pilgrim and tourist but also between those two and educator, as well as several other possible identities I can think of. And the land itself seems pulled and divided in similarly conflicting ways. I know that I saw things on my visits which I didn’t manage to capture in a photo. If there is one image or word-picture that sums up the Holy Land – what it is, or what you hope it can be – what would that be?

Millennia of conflict and division and expectation and longing, and you want me to condense it down to one single word?  Impossible.

Oh goodness, I didn’t mean to suggest a single word – I meant a single image, whether an actual picture or its expression in (multiple) words!

But that makes a nice place to conclude – one doesn’t have to visit the Holy Land to experience life’s ambiguity – it is enough for me to ask a poorly-worded question! Jeff’s book offers a wonderful avenue to explore those ambiguous aspects of life, at the intersection of speaking and silence, praise and sorrow, hope and despair. He connects them via (1) a focus on geographic locales that are connected in the minds of many with both war and peace, destruction and salvation, (2) poems and Scripture verses that touch on many topics, but which converge (as he put it so nicely in his answer to the last question above) on the possibility of hoping for the impossible in the midst of challenging circumstances, and (3) photos, many of which illustrate how one can come to view the familiar in new ways which open new vistas of beauty.

The book will make an excellent Christmas gift, and I hope that it will soon be available in bookstores. But in the meantime, you can get a copy via via Amazon.com

I am grateful to Jeff for taking the time to share some of the “behind the scenes” stories related to how the book came about. The one thing I forgot to ask is whether his next book will be one of limericks… 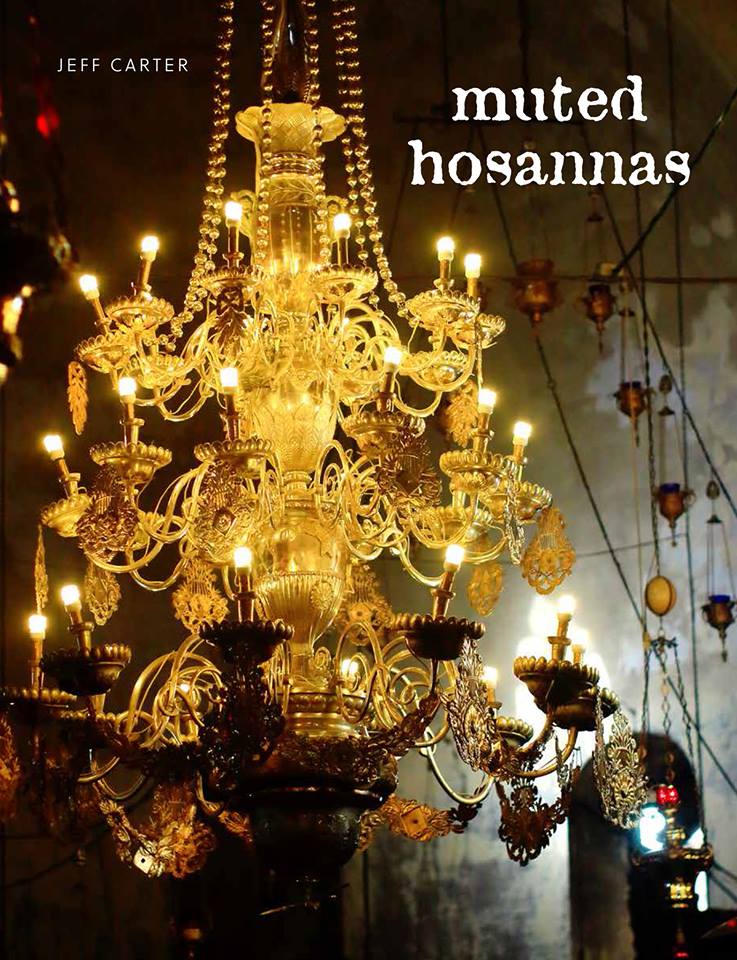 December 17, 2014 LOST Rewatch: Man of Science, Man of Faith
Recent Comments
0 | Leave a Comment
"Wonderful analogies!"
James F. McGrath Coaching and Curation in the Post-Pandemic ..."
"Grouping students according to similar aptitudes/preferences is like arranged marriages between cousins: Similarities may be ..."
John MacDonald Coaching and Curation in the Post-Pandemic ..."
"I once took a teacher's Additional Qualification course in Special Education, and for an activity ..."
John MacDonald Coaching and Curation in the Post-Pandemic ..."
"Also, Jesus was acting in a context of Jewish powerlessness, but he had very little ..."
Harold Porter Why Jesus was Made White
Browse Our Archives
get the latest from
Religion Prof: The Blog of James F. McGrath
Sign up for our newsletter
POPULAR AT PATHEOS Progressive Christian
1