The episode begins with Jack and Locke in the armory. When Jack asks whether they should leave the heroin in the statues, Locke asks Jack if he wants to break seven Virgin Marys, saying he’s superstitious.

In a flashback, we see Sawyer getting caught trying to con a woman, Cassidy. She asks him to teach her how to con people.

When Sun is working in her garden, she is grabbed from behind and then left tied up. Locke is confused, and says that the Others promised to leave them alone. Sawyer expresses suspicion, suggests that someone among them is trying to scare everyone into joining an army. Kate then asks Jack how well he knows Ana-Lucia.

In a flashback, we see Sawyer carrying out a con with his new accomplice. They take cheap jewelry, put expensive pricetags on them, and then persuade a couple of people at a gas station to buy them. Then in another flashback, Sawyer explains about the “long con,” which is getting someone to suggest something and making them think it is their idea. We learn that Cassidy actually has $600,000. And we then learn that Sawyer is working with someone else to con her. And we see Sawyer confess to Cassidy that she was the long con, and tell her that his partner is going to kill them unless he walks out the door with a briefcase full of money. But that was the last part of the long con, and we see him go to the car outside, which is in fact empty, then he returns to the house and takes the bag of money.

Sawyer took the guns, declares himself the new sheriff in town. Kate thinks that Sawyer wants people to hate him. She asks him why he has to do this. He says, “You run, I con. A tiger don’t change his stripes.”

We see Hurley reading the manuscript for Bad Twin

Sayid gets the radio that Bernard had working, and they hear the Glen Miller orchestra playing Moonlight Serenade.

In the end, we learn that Charlie helped Sawyer, fake-kidnapped Sun, in order to make John Locke look like a fool.

The episode is an important one, inasmuch as it illustrates the difficulty with which people change – but also, in view of later episodes, the fact that people nonetheless can.

I read the novel Bad Twin

, which was written as a sort of spin-off to the series. The notion of a “bad twin” is of course part of the show’s mythology. But it doesn’t strike me that the novel gives any real insight into the show. Have any blog readers read it? If so, what do you think of it, and what light do you think it sheds on LOST, if any? Or was the featuring of the manuscript and subsequent novel just a way of cashing in on the desire of fans for more clues? 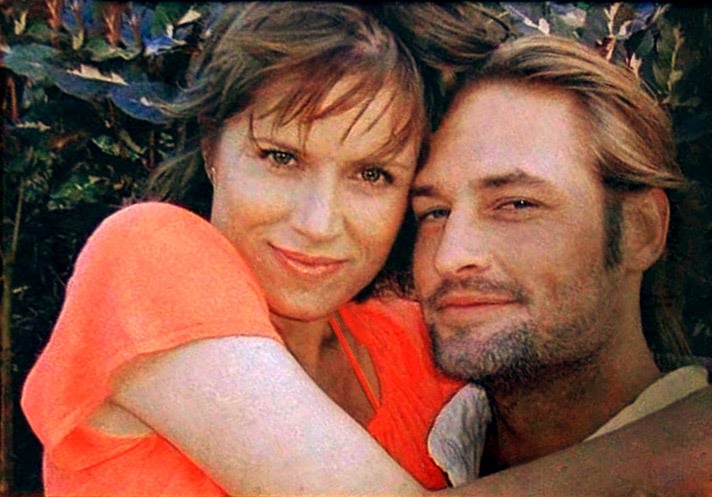