The Lost Ending of LOST

You may or may not be surprised to learn that I still think about the television series LOST from time to time. It seems to happen often when I am mowing my lawn. I think it is because, during the show’s six seasons, I would regularly spend the time that I was mowing the lawn pondering the show’s mysteries and trying to figure out what on earth was going on.

Recently (yes, while mowing grass) it struck me that I finally understood Benjamin Linus in a more comprehensive way than I had before.

Some of his actions had always puzzled me – for instance, his strangling of John Locke. But the show focused a lot of attention on the characters’ relationships with their parents, especially their fathers, and the impact that had on their later lives.

In Ben’s case, his mother died while giving birth to him, and his father always resented him for the fact. His birthday, year after year, was a reminder of that tragedy.

And so Ben had found in the Others a surrogate family, and in the mysterious Jacob he saw the possibility of a father figure that he might eventually be able to please.

And so when he seemed to fall out of favor, suffering from cancer on an island that heals people, and when John Locke seemed to be in tune with the island and Jacob in a way that he (Ben) had never been, something had to be done.

And so in that famous scene, Ben finds out what Jacob had asked John to do – just as he had done with the moving of the island. And just like then, he sought to take John’s place and do what Jacob wanted.

Hoping to win the favor of the parental figure, even if it means supplanting and even slaying his sibling in order to do so. The name “Jacob,” of course, recalls precisely that theme from the Bible, as many viewers noted.

I’m clearly not the only person still thinking about LOST. Recent articles have talked about how the finale might have been different (including the possibility that it might have featured a giant volcano).

Do you ever still think about LOST? If so, what keeps bringing you back to it? If not, what other show continues to capture your imagination after many years of being off the air? 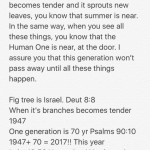 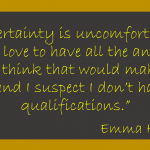 September 25, 2017 More Faith in the Fog
Recent Comments
0 | Leave a Comment
"How do you imagine that I could have come up with my question based upon ..."
VinnyJH Mythicism and the Early Christian Band
"Did you read the post or did you just see the title and do what ..."
James F. McGrath Mythicism and the Early Christian Band
"It must be sad, first, not to be able to tell the difference between ghost ..."
Vance Morgan Think Outside The Box (The Cutest ..."
"HA.I don't believe the silly ghost stories you fell for.P.S. thankfully for you, there were ..."
Patrick O'Malley Think Outside The Box (The Cutest ..."
Browse Our Archives
get the latest from
Religion Prof: The Blog of James F. McGrath
Sign up for our newsletter
POPULAR AT PATHEOS Progressive Christian
1 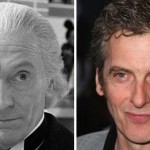 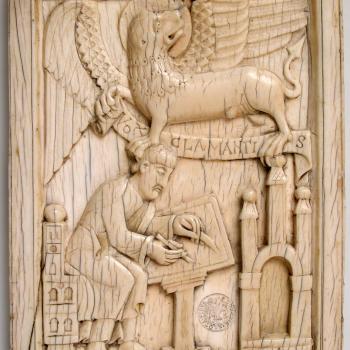 Progressive Christian
Was Mark on a Roll?
Religion Prof: The Blog of James F. McGrath 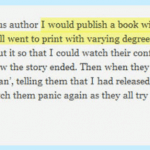