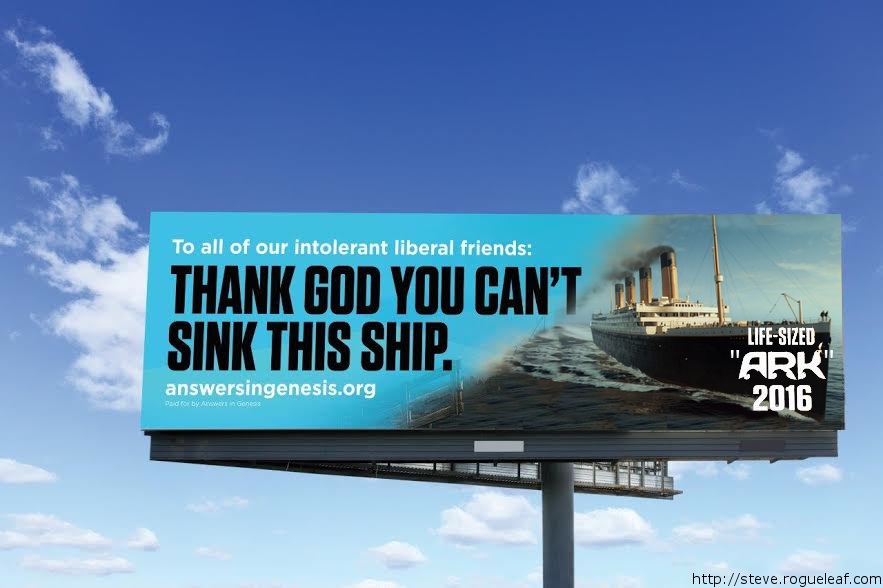 I shared a link on Facebook to Hemant Mehta’s blog post, which points out the irony of Ken Ham running an advertisement on a billboard in Times Square complaining that religious freedom is allegedly under attack. Steve Caruso responded by adapting Ham’s billboard to feature another supposedly unsinkable ship, and I’ve shared it above.

December 31, 2014
The Physics of Water Into Wine
Next Post 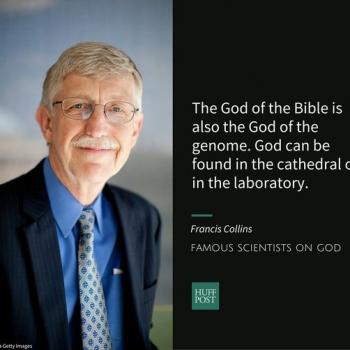 The Peripatetic Preacher and Greed
I read just this morning an article in my local paper (yes,...
view all Progressive Christian blogs
What Are Your Thoughts?leave a comment
Copyright 2008-2020, Patheos. All rights reserved.