The Contradiction of Fundamentalism 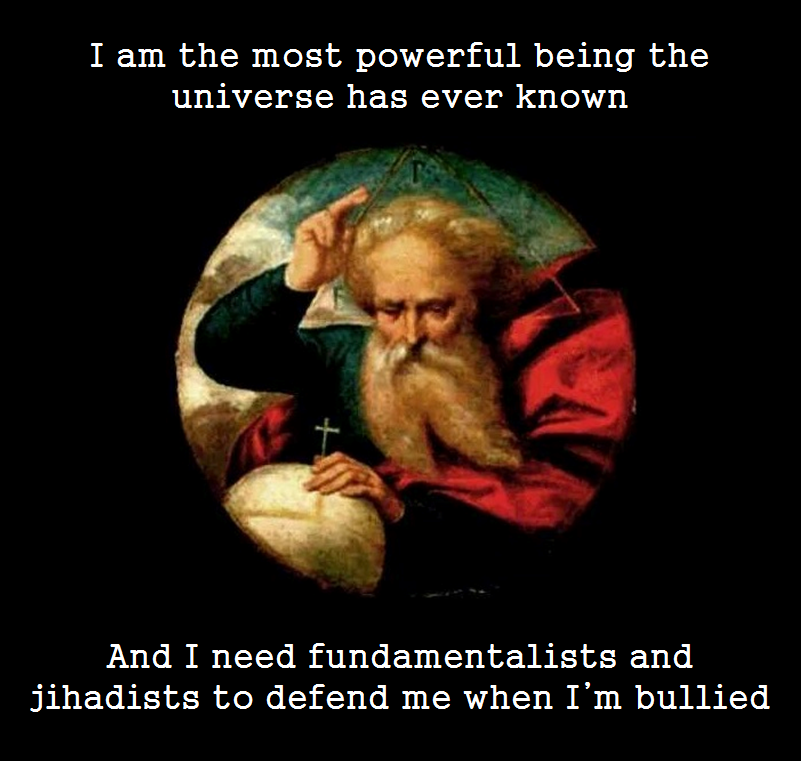 Via The Christian Left on Facebook. This really gets at the heart of the matter. It is the point that is made well in the Biblical story of Gideon, even though it is forgotten in much of the Bible as well. If a deity is offended, that deity can fight his or her own battles. In claiming to “stick up for” a god, you are implicitly indicating the deity’s weakness. That’s why violence in the name of a deity, far from honoring that deity, is an admission of the deity’s impotence.

January 9, 2015 The Aim of Terrorism
Recent Comments
15 Comments | Leave a Comment
Browse Our Archives
get the latest updates from
Religion Prof: The Blog of James F. McGrath
and the Patheos
Progressive Christian
Channel
Books by This Author Books by James F. McGrath