The episode begins in the afterlife with Jack telling Locke he is a candidate for a procedure that might restore feeling to his legs. He refuses. Helen comes in and thanks him for saving him. Later, Jack goes to see Bernard. Jack is looking for medical information about Locke, but Bernard remembers that he too was on Oceanic 815. He tells Jack that another man was in the same accident with Locke, and gives him the name Anthony Cooper. He traces him to a facility, and discovers that Anthony Cooper is in a wheelchair, catatonic. Later, Locke wakes up in the hospital and mumbles about pushing the button, and wishing that he had believed him. Claire comes to the hospital and shows Jack a music box that their father left her. He learns that she had been on Oceanic 815. The music box plays “Catch a Falling Star,” and as in several scenes in earlier episodes, a mirror and their reflections in it are seen.

Jack wakes up on Hydra Island, where Smokey and Sayid brought him. Meanwhile, Widmore puts the candidates, names that he has on a list, in the cages, saying it is for their own good. His people are working on getting the fence set up. Sawyer saw Kate’s name crossed out in Jacob’s cave, which agrees with Widmore’s claim that Kate is not on his list. Sayid kills the power and Smokey attacks, while Jack rescues his friends. In Locke’s form, Smokey takes out guards next to the Ajira plane, but looking on board, he sees that it is rigged with explosives. So they will have to try to take the submarine. Kate is shot as they take charge of the sub, and Smokey and Claire are left behind. Smokey reassures Claire that she does not want to be on that sub. Looking for supplies to deal with Kate’s wound, Jack finds that Locke put a bomb in his backpack. Jack is sure that they will be OK, that Smokey can’t just kill them and wants them to kill and wants them to kill one another. But James does not believe him and pulls the wires out of the bomb. It starts to count down faster. Sayid tells Jack that Desmond is still alive and where to find him, then runs off with the bomb. Sun is trapped, and Jin stays behind with her, trying to free her. But he can’t, and refuses to go, so they both die. Jack, Sawyer, Kate, and Hugo make it to shore.

In the afterlife, we learn that Locke had been in a plane crash with his father, having told his father to trust him to be his first passenger after he got his license. But they crashed. Jack tells him that, just as Locke had told him, his father is gone, and he can punish himself all he wants, but he needs to let go – even though he doesn’t inow hw to do it himself, and so maybe he could go first. As Locke goes to leave, he says, “I can help you John. I wish you believed me.”

The episode brings the rules and the complex ways Smokey finds to circumvent them to the fore again. It would be interesting to rewatch the entire show yet again, looking for those instances when this same aim – to get the candidates he cannot kill to kill one another – at work. Or did they not become candidates until some later point subsequent to their arrival on the island? 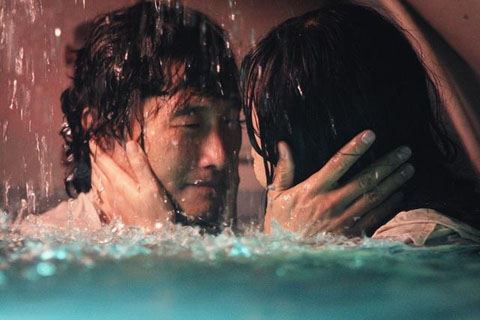 April 26, 2015
The Credit Card Number of the Beast
Next Post

April 26, 2015 Fahrenheit 451 on Standardized Testing
Recent Comments
0 | Leave a Comment
Browse Our Archives
get the latest from
Religion Prof: The Blog of James F. McGrath
Sign up for our newsletter
POPULAR AT PATHEOS Progressive Christian
1 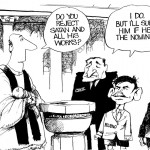 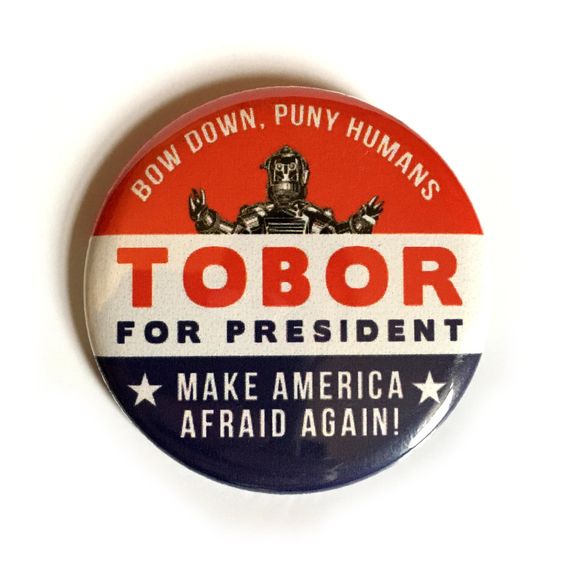