Rewatching LOST from the beginning has been an interesting experience. We have to go back – to the island, to stories that we knew. They are never the same on a second experience. Reaching the end, part of me wants to find a way to watch the stories in chronological order – to start with “Across the Sea” and see how that would be.

The very last episode of LOST is a two-hour one. It begins with the side of an Oceanic aircraft, and we see cargo being delivered, the coffin of Christian Shephard. For the first time, the show moves back and forth quickly between the characters in the present day and what we will soon learn is the afterlife. The coffin is delivered to a church, where Desmond is waiting. Kate makes a joke about the name “Christian Shephard.” Desmond says he wants to leave, and when Kate asks where, he says, “Let me show you.” Meanwhile, Hugo gets Charlie, using a tranquilizer gun. Dr. Juliette Crossan checks in on Sun and Jin and they look at their baby using an ultrasound. Sun remembers, then so does Jin. We learn that Juliette is Jack’s ex-wife and David’s mother. Hugo brings Sayid to an alley where he witnesses a fight. He rescues Shannon and they remember. It turns out that Boone already remembered and knew Hurley and Sayid would be there. At the benefit concert, Kate and Claire are seated together at table 23. Eloise asks Desmond if he is going to take her son, and he tells her, “Not with me, no.” As Claire goes into labor, Kate assists and Charlie helps too. Kate suddenly remembers, and so does Claire. Then she takes Charlie’s hand and he remembers too. At the hospital, Jack’s neck starts bleeding again. John wakes up and can feel his legs and can move his toes. He remembers. He tells Jack that he hopes that someone does for him what he had done for John. James and Juliette meet at the candy machine. Juliette says that if you unplug the machine and plug it back in again, the candy just drops down, and technically it is legal. They remember, and in the process we hear her say the words that she said just before she died in the first episode of the season. Jack keeps resisting remembering, even when Kate touches him.

In the present day on the island, Jack says he doesn’t feel any different. Sawyer suggests that he come down off the top of the mountain and tell them all what the burning bush had to say. Sawyer says that it doesn’t sound like Jacob explains things, and Hugo says that Jacob is worse than Yoda – adding, “I’ve got a bad feeling about this.” Asked why he took the job, Jack says the island is the only thing he has left, the only thing he hasn’t ruined. Kate tells him that nothing is irreversible. We learn that Bernard, Rose, and Vincent are the ones that rescued Desmond from the well. Smokey comes and threatens Rose and Bernard, and Desmond agrees to go with him as long as he promises he will never touch them. When Smokey and Jack meet, Smokey comments on Jack being the obvious choice to replace Jacob. Jack says that Smokey thinks he is going to destroy the island, but in actual fact, he is going to kill him. Jack explains to Sawyer that Desmond is a weapon – Jacob would not have brought him to the island to help Smokey destroy it.

Miles finds Richard Alpert. He has his first grey hair, and says he just realized that he wants to live. They head towards Hydra island to blow up the plane, and find Lapidus among some debris from the submarine. Frank suggests taking the plane rather than blowing it up. But Claire is there. Richard asks her to come with them, but she says no. Miles fixes hydraulics with duct tape, saying he doesn’t believe in a lot of things, but he believes in duct tape. Kate and Sawyer find Claire, and while Claire says the island has made her crazy and she doesn’t know how to be a mother, Kate emphasizes that no one does. They run to catch the plane. After they take off, Frank says, “Amen.”

At the cave of light, Desmond tells Jack that this doesn’t matter – Smokey destroying the island, Jack destroying Smokey. He says that there is another place where they are with the people they love. Jack says he tried that once, and there are no shortcuts or do-overs – all of this matters. They lower Desmond down a waterfall inside it. Jack says that John Locke was right about just everything and Smokey dishonors him by wearing his face. He just wishes he could have told him while he was alive. Down in the cave of light, there are skeletons, and a pool that was clearly made by people. He pulls a stopper out of the midst of a pool, and instead of beautifully glowing light, we see what looks like something volcanic, and the island begins to shake. Smokey says it looks like Jack was wrong, but then Jack attacks him and he bleeds, and then Jack tells Smokey that it looks like he was wrong too. Smokey knocks Jack out, but when he comes to, Jack runs after him. They fight on a cliff edge, by the ladder leading down to Jacob’s cave. Smokey stabs Jack, and also cuts his neck a bit, but Kate shoots Smokey and then Jack kills him by throwing him down the cliff. Jack and Kate kiss goodbye, and tell each other that they love one another, and then Jack goes with Ben and Hugo to turn back on what Desmond had turned off. Jack knows he has to go down the cave and will die. He passes the mantle to Hugo. They use a dirty plastic bottle to perform the ceremony. Jack says “Now you’re like me.” Jack rescues Desmond, telling him he will see him in another life, and then goes to turn the light back on. He puts the stone back in the hole, and as water starts pouring in again, the light begins to glow again. Hugo and Ben start to pull the rope, but it is Desmond on the other end. Hugo cries when he realizes that Jack is gone. He does not know what to do. Ben says that Hugo should do what he does best, and help people. He suggests running things a different way than Jacob did. Hugo asks Ben to help him. He says he’d be honored. Jack washes up on rocks on the other side of the cave and climbs into the bamboo jungle.

In the afterlife, at the church, John and Benjamin meet outside the church. Ben says he is sorry for what he did to him – he was selfish, jealous, and wanted everything he had. John asked what he had, and Ben says he was special. John forgives him. Ben says he will stay there a while – he still has some things he needs to work out. Then Hugo comes out and talks to him, and Ben says he isn’t coming in, adding that he was a real good number two, and Ben says Hugo was a great number one. Kate and Jack then reach the church. She sends him around the back way, and says she will be there when he is ready to leave. Jack goes into the church, and there are multifaith symbols, including a painting of Krishna. A coffin is there, and touching it, once again he starts to remember, more than at any point before. He opens the coffin, and it is empty. Then his father shows up and says, “Hey kiddo.” Jack asks how he can be there when he died. His father asks how Jack is there. He realizes that he died too. Christians says it is OK, saying that everything that happened to him is real, and the people in the church are real. Asking why they are there now, Christian says “There is no now here.” He says it is a place they all made together so that they could find one another. “Nobody does it alone.” They need one another to remember, and to let go. Christian says they aren’t leaving, they are moving on. They go into the church, and John says they had been waiting for him. Desmond and Penny are there. They take their seats, and Christian opens the rear doors to light.

On the island, Jack stumbles through the bamboo forest, falls, and dies with Vincent alongside him, the Ajira flight passing overhead, as we see his eye close, the perfect bookend to the series.

The first time I saw the episode, I did not reflect in the significance of the fact that people first channeled the light in the cave. It was humans that first discovered the way to channel the water and the light, even though they seem to have died doing so. Presumably one could say that the island taught them, as it taught Jacob’s brother. Yet even so, it is the combination of that energy and people who are “special” which makes amazing things happen. That is the secret at the heart of the island, which many who’ve written about LOST have neglected.

Watching the finale again, I found myself choked up at the ending, which is emotionally powerful. For those who found it unsatisfying or didn’t get it, I’ll share links to things I wrote after it first aired:

LOST Places in the Heart

The Ending of LOST Explained

What was the ending of LOST? 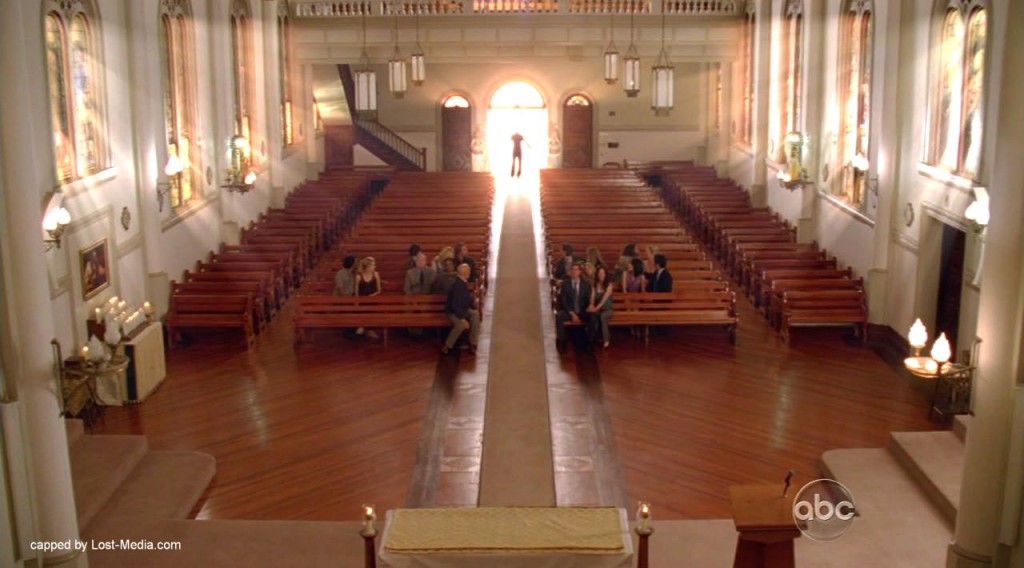