Paul Must Have Been Angry 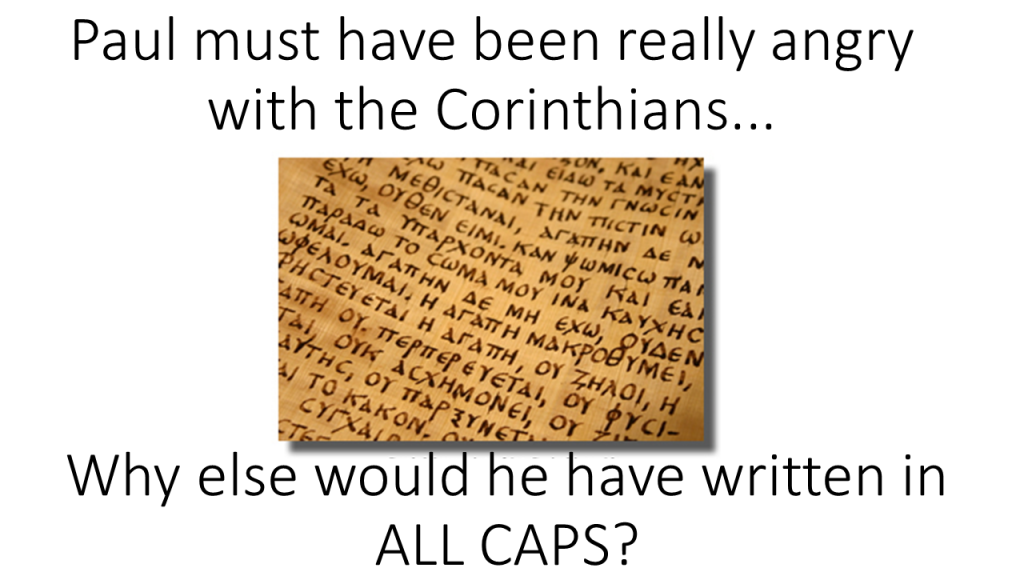 The idea for this joke came about in my Sunday school class yesterday. We have been studying 1 Corinthians, and found ourselves talking about what made Paul’s letters persuasive before they were scripture.

For those who may not get the joke, our oldest manuscripts of the New Testament are written in all upper-case letters, not because of an escalating internet flame war that the Christians were involved in, but simply because that was how manuscripts were written then.

There are all sorts of aspects of Paul’s communication that we are prone to misunderstand. Sometimes because we don’t know the cultural context, or the ways that letters were produced in that time. Sometimes because they have become part of a collection known as the Bible, which interferes with readers today treating them as what they originally were – letters from one human being to others.