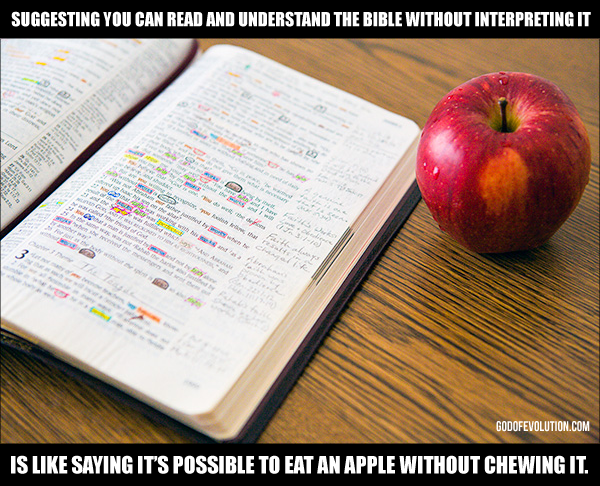 Via God of Evolution. It was shared in a post called “Two Memes About The Bible” and so you’ll need to click through it you want to find out what the second one was.

The point is an important one. If you have not “interpreted” a text, then you have not made sense of the ink on the page, or the relationship between the words. When fundamentalists claim that they don’t interpret the text, they just read it, they suggest that they haven’t thought about what it is they are doing. As usual, they pretend to respect the text, but looking closely at what they do with and to it shows otherwise.

Of course, you get more out of a text when you chew it over properly. The similarities to an apple are apparently more than one…