The Pope, the God, and the GOP 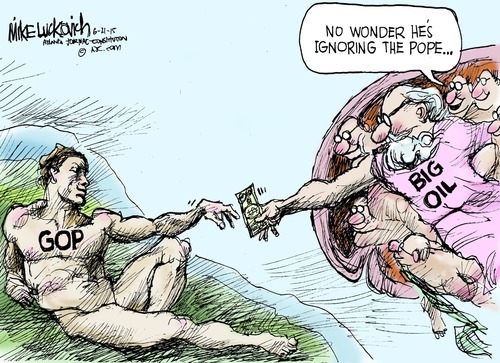 The cartoon above by Mike Lukovich offers an amusing take on a famous painting. It nicely situates Big Oil as thinking of itself as God. One way of understanding it is that Big Oil as God is taking a bribe from the GOP (the Republican Party) to ignore the Pope. But that would represent a reversal of what really happens – the money passes from Big Oil to the politicians, and then they ignore the Pope in favor of their vested interests. So is that what we are meant to envisage going on here? Which way do you think the money is supposed to be flowing in the cartoon?

That is but one of several that explores the conservative reaction to the pope’s words about climate change. Below are some others, with my thoughts on them.

This next one could equally substitute a Bible for the Pope, to address how Protestant conservatives deal with their allegedly infallible source of authority. In both cases, they appeal to authority when it suits them, and ignore it when it suits them. And so Catholics and Protestants are not much different in this regard. 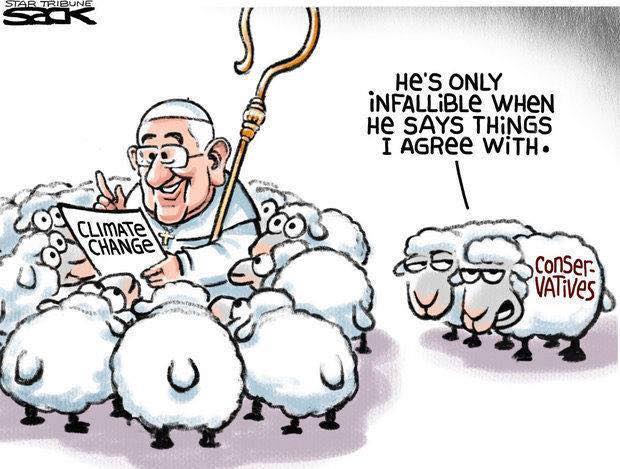 This next one highlights the hypocrisy of conservative politicians who have consistently played the religion card, and then have responded to the Pope – who also has a background (a diploma but not a degree) in chemistry – that he should stay out of politics and out of science. 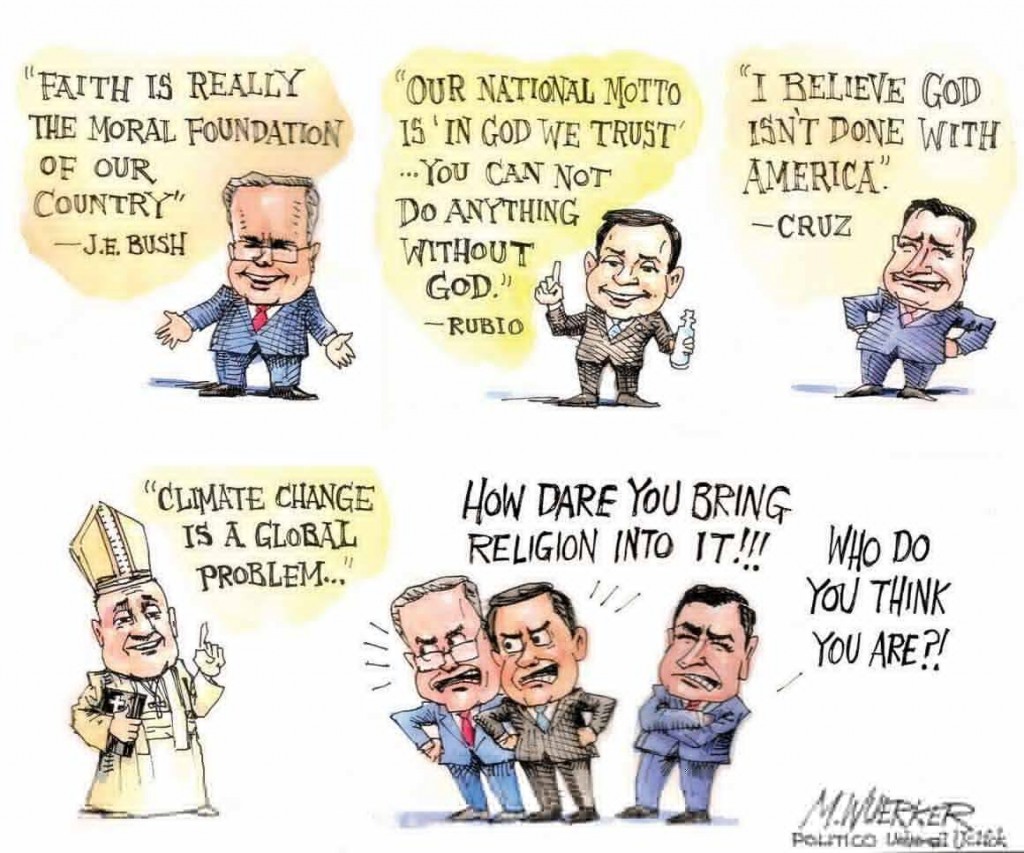 And finally, we have Pope Francis depicted as a modern-day John the Baptist, crying out as a lone voice in the midst of a different sort of wilderness. Of course, we’ve actually done a great deal to address some of the issues of pollution that were even more common a few decades ago – our cities looked much more like the image in the cartoon in the 1970s than they do today, I think. But that doesn’t let us off the hook, and indeed, it is part of the Biblical tradition’s moral challenge that it does not merely say “You are doing terribly, stop!” but also “You are complacent because you are not doing terribly – but real, profound, meaningful change requires that you do more than you are currently.” 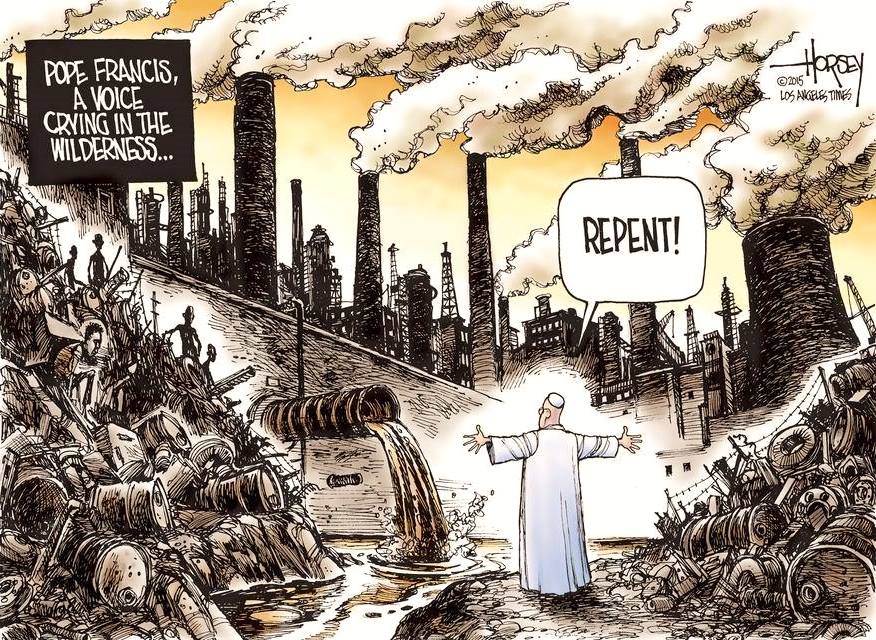 Are there other political cartoons focused on the Pope’s encyclical, and politicians’ responses to it, that I’ve missed and ought to have included here?