I was in two minds about whether to even blog about the prediction some have made that the world will end tomorrow, October 7th.

But then I realized that, just as happens with the doctrine of Biblical inerrancy, so too with calculating the end of the world: people getting it wrong over and over in the past doesn’t always lead people to think that the approach itself is misguided.

But it should. The world is not going to end tomorrow – unless some crazy people who think it should decide to try to make it happen and manage to do something like launching a nuclear attack.

The possibility of that scenario is not entirely unrealistic – and that is why apocalyptic belief systems are dangerous.

Don’t be misled by “blood moon” nonsense. I remember once hearing a preacher claim that an eclipse was a supernatural event, because if it had been a natural one it never would have ended. I think that may be the only time I got up and walked out of a church because I simply could not in good conscience fail to protest the level of idiocy that was being spouted from the pulpit.

Rather than waiting for the world to end, my recommendation is that you do something that makes sense in the long term. For instance, why not start a band? It occurs to me that “Wedesday Apocalypse” could be a good name for a band.

It is definitely better as a name for a band, than as a genuine prediction. You’ll see, tomorrow. 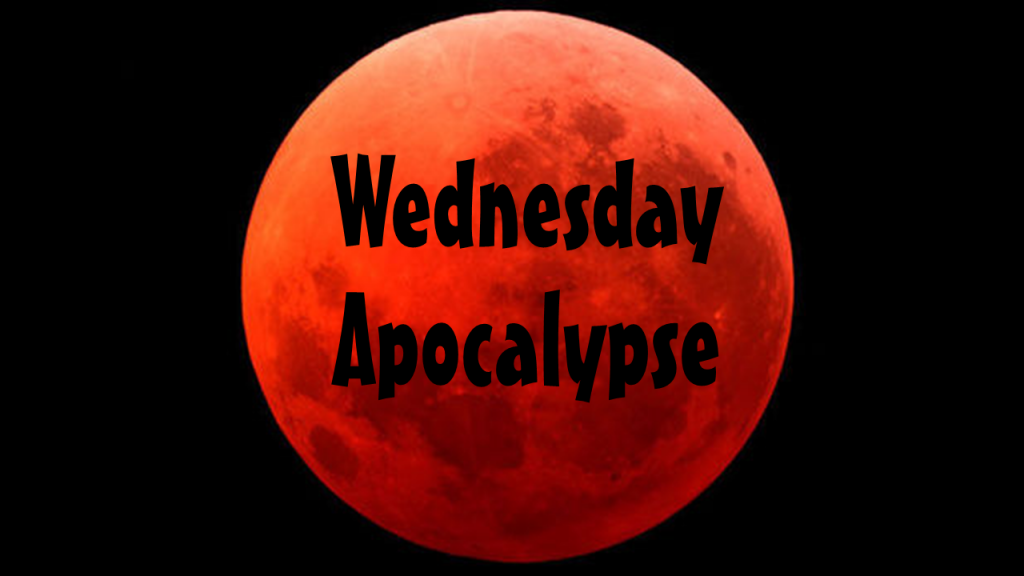 Non-Vaxxer Pro Athletes
Now that Americans have been getting vaccinated for COVID-19 the past few...
view all Progressive Christian blogs
What Are Your Thoughts?leave a comment
Copyright 2008-2021, Patheos. All rights reserved.