God in the Hands of Angry Sinners

I recently found myself reminded of the famous sermon, “Sinners in the Hands of an Angry God.”

And for some reason, it occurred to me to reverse the phrase. And when I did so, I found that it made more sense.

One can talk about a supposed future in which sinners will be at the mercy of a seemingly merciless God. But for that to be plausible, one really must explain why that same God is not punishing/torturing them already.

And so what we really end up with is an idea of God concocted by angry sinners – often sinners whose sin is the hubris of assuming that they know what God is like, and the egotism to assume that God hates those whom they hate.

That is “God in the hands of angry sinners” in a nutshell. It would make a good book title, I think.

Of related interest, I came across a role playing game at Gen Con which focuses on Utopia-building, called At the Hands of an Angry God

. I was also made aware of a series of books which sounds like it could fit perfectly in my First Year Seminar course focused on utopias and dystopias. In that course, we read Plato’s Republic as well as some dystopian science fiction. When talking about Utopian role play at Gen Con, I was made aware of novels by Jo Walton, The Just City

and The Philosopher Kings

, exploring a science fictionesque scenario in which an attempt is made to implement Plato’s vision of the perfect society in the Republic! Have any of you ever read these books? I’ve now read The Just City and hope to start the sequel soon. 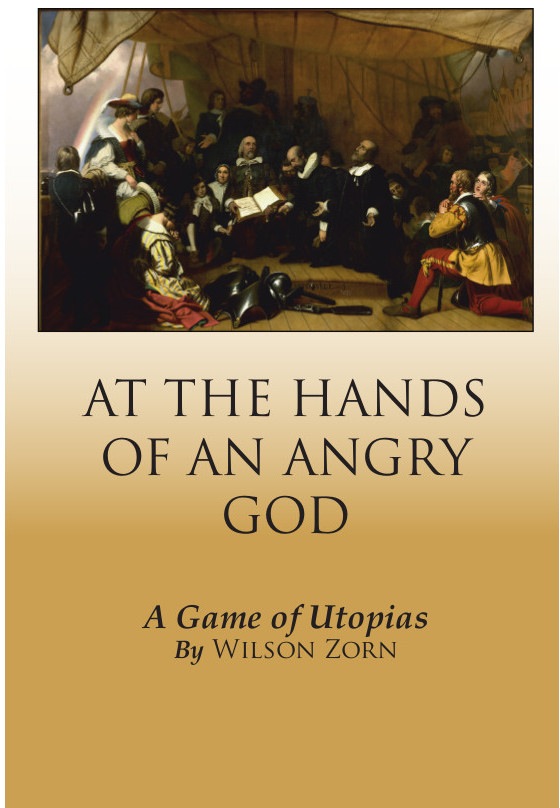 November 27, 2015 Blogging the #AARSBL15 Blogger Session
Recent Comments
3 Comments | Leave a Comment
Browse Our Archives
get the latest from
Religion Prof: The Blog of James F. McGrath
Sign up for our newsletter
POPULAR AT PATHEOS Progressive Christian
1