The Fear of Losing God (and the God of Losing Fear)

Having pushed students to wrestle with historical methods and their application to Jesus this semester, and the fact that those methods don’t allow them to demonstrate the miracles of Jesus and other things they wish they could, I allowed the last meeting of my historical Jesus class to be completely open, with no questions or perspectives off the table.

It included questions about my own faith. One question that I thought was particularly interesting was the student who asked me whether I was concerned that students might end up as atheists as a result of some of the things I teach. I responded no, for two reasons. One is that the place where students go next in their journey of exploration is not necessarily the place they will end up (I wasn’t sure whether to call it their “final resting place” or their “Final Destination“). The other is that I am much more concerned that students not be dogmatic religious or non-religious people, that they have firm convictions that are reasonable conclusions and thus are open to listening to and learning from others, whom they do not simply dismiss and denigrate as stupid.

David Hayward blogged about this topic recently. He wrote:

“We have to allow people to be totally themselves, authentically them, at all times and always. We need to trust people to be able to help themselves. And when they’re given a safe place to do that in, I believe they will. When this value is shared by all the members… this value, NOT certain beliefs… this is what makes real community!”

Now, this also means letting people make their own decisions theologically. I remember the terror I felt when my ideas about God started to crumble. The most terrifying moment for me, many years ago now, was when I realized my theological thinking, including my thinking about God, was a protective coping mechanism based in fear. When I knew I had to start letting my “God” go… I was absolutely terrified. When I saw that my thoughts about God were not God, fear set in.

It’s like holding on to a carved idol (because that’s what it is) and realizing you have to drop that idol without the guarantee that there is a reality beyond it. That’s right. There is no guarantee!

But I had to do it if I wanted to know the truth. Whatever that is.

I can’t promise you what you will find. I will not guarantee you won’t become an agnostic or an unbeliever or an atheist, or even a stronger believer. This is for you to discover. But I can promise you this (because I’ve seen so many people do it): when you finally find the confidence and whatever else it takes to become spiritually independent, the fear dissipates. It will finally all make sense, and you will find the peace of mind that has always eluded you.

Chuck Queen made a similar point, related to Biblical inerrancy:

Every Christian group I know of that is known for its prejudice, condemnation, and its exclusionary practices believes in some form of biblical inerrancy. They read the Bible selectively to justify their harmful beliefs and actions. Evil done with God’s approval is the worst kind of evil, because one can do harm to others without any sense of guilt. Remember Saul of Tarsus. He considered himself “blameless” (Phil. 3:6).

Lest I distort the truth, let me remind my readers that there are many good, gracious people who believe in inerrancy. I have family members and friends who are biblical inerrantists. They believe what they believe because almost all of the people in their life whom they love and respect also believe in inerrancy. To not believe in inerrancy would put them at odds and outs with their whole support network. I suspect that is the greatest reason of all why many of my friends and family will not even entertain the notion that inerrancy may not be true. So they will continue to claim to believe that the whole Bible is the word of God, but then they will read and apply it selectively in ways that conform to the Christian culture they are enmeshed in. They will simply ignore all the bad and crazy stuff in scripture.

Another reason why some inerrantists will not even consider the possibility that they could be wrong relates more to psychology than theology. They equate giving up inerrancy with giving up their faith altogether. Of course, that would probably not be such a bad thing. Many who give up their faith in the interests of honesty and truth end up finding it again at some point along their journey, only the second time around it is much healthier, healing, and life-affirming. 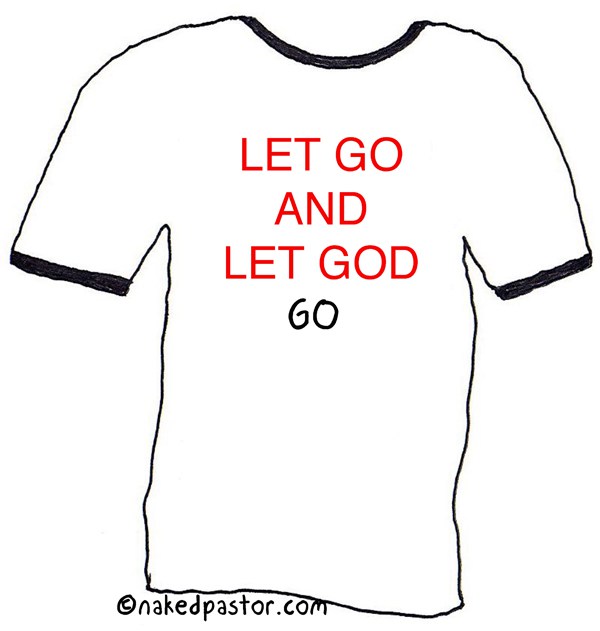 April 28, 2016
Jury Duty and the Historical Jesus
Next Post 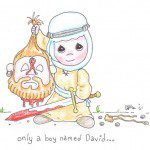 April 30, 2016 Not-So-Precious Moments
Recent Comments
0 | Leave a Comment
Browse Our Archives
get the latest from
Religion Prof: The Blog of James F. McGrath
Sign up for our newsletter
POPULAR AT PATHEOS Progressive Christian
1