Should You Be Making Games?

It was interesting to have an article come across my feed, providing guidance about whether one should quit one’s job and create video games instead, at the same time that I became aware that Leigh Grossman has a Kickstarter campaign for an RPG app:

Do take a look, and consider either contributing or helping to spread the word. Leigh put together the monumental volume Sense of Wonder, an enormous compendium of science fiction stories and essays to which I contributed. And so he is a great example of an academic who is also a gamer and an app-maker.

I was reminded while I was in Italy about the Role Playing Game developed at Minnesota State University, allowing students to reenact the Council of Nicaea. It was discussed by Erin Walsh, Steve Wiggins, and Emily’s blog about a class called “History of Heresy.”

I’m also bummed to be missing Gen Con this year. But I will be presenting with a couple of colleagues at Butler University about gamification in education, and one of them will report on Trade Day at Gen Con. You can be sure that I, in turn, will blog about our presentation here sometime in the Fall semester.

It also looks like there is another book I should read related to this topic: Minds on Fire: How Role-Immersion Games Transform College by Marc Carnes. Have any of you read it?

And for those who are wondering, I have not forgotten my idea for a canon card game. I’m still thinking about it and tinkering with the concept and game play possibilities, since I want to have something fun and educational that really works well even before the alpha-testing phase. Perhaps I’ll have my own Kickstarter campaign for that at some point… 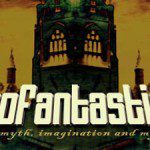 July 24, 2016
Fantastic Fan Cultures and the Sacred
Next Post 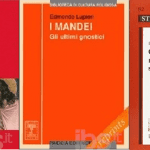 July 25, 2016 Neglecting Italian Scholarship
Recent Comments
7 Comments | Leave a Comment
Browse Our Archives
get the latest from
Religion Prof: The Blog of James F. McGrath
Sign up for our newsletter
POPULAR AT PATHEOS Progressive Christian
1

Spiritual Bypassing
The period in my life where I dealt with my shadow issues...
view all Progressive Christian blogs
What Are Your Thoughts?leave a comment
Copyright 2008-2020, Patheos. All rights reserved.