Minds on Fire: Reacting to the Past Through Role Play

Minds on Fire: Reacting to the Past Through Role Play August 14, 2016 James F. McGrath

I’ve mentioned before the role-playing game that others had drawn to my attention, to replicate the Council of Nicaea (the book will be out in December). Not having explored the site sufficiently, I hadn’t realized the extent to which that project was just a small part of a much bigger one, “Reacting to the Past.” As I read Mark Carnes’ book Minds on Fire: How Role-Immersion Games Transform College, I was excited by many of the anecdotes from role playing experiences in the classroom, and thrilled by the exploration of whether imagining the past – including allowing students to take events in a different direction or make new arguments that past figures did not – represented evidence of student misunderstanding of history, or in fact reflects an inevitable part of any study of the past and can provide evidence of deep genuine historical understanding.

But perhaps most interesting was that religion in general, and Biblical studies in particular, played a role (see what I did there?) There is a story about a member of the presidential Bush family deciding not to go to seminary as a result of a class, while also ending up with a deeper and richer faith. And a section is dedicated to a role playing game that is still in the works, focused on the Josaianic reforms. I can’t wait to try it out, assuming it gets published. For more information, in addition to the link in the previous sentence, here is one to an article about David Tabb Stewart, who along with Adam L. Porter is co-creator of the game.

Interested in gamifying your class(es)? If so, then Chris Aviles’ Gamification Guide may be useful to you. See too (in addition to his book) the online podcasts, videos, articles, and interviews with Mark Carnes, who is behind the project. And of related interest, there was an article in Forbes about a card game that teaches about evolution. 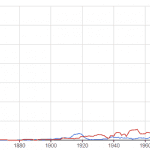 August 13, 2016
The Novelty of the Personal Relationship with Jesus
Next Post 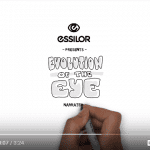 August 14, 2016 The Evolution of the Eye
Recent Comments
0 | Leave a Comment
Browse Our Archives
get the latest from
Religion Prof: The Blog of James F. McGrath
Sign up for our newsletter
POPULAR AT PATHEOS Progressive Christian
1