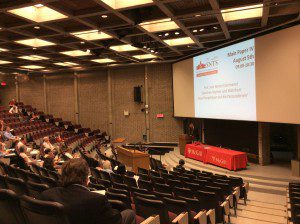 This is the last day of the Society of New Testament Studies conference in Montreal. There was a chapel service in German, followed by the last of the main papers, Jens Herzer speaking about the Pastoral Epistles “Between Myth and Truth.” The paper sought to revisit longstanding conclusions that are now taken for granted about these texts (1 and 2 Timothy and Titus). One of those assumptions is that the three letters hang together as a corpus, as essentially “one work in three parts.” Another is that either all three are authentically Pauline or all three are pseudepigraphal. Also worth pondering is that the pseudepigraphal character of any or all of them does not necessarily mean that the biographical details about Paul embedded in them are incorrect (forgers often seek to incorporate accurate information precisely to make their forgery harder to detect). The assumption that Acts is accurate has not and cannot go unchallenged, and this means that divergences between Acts and the Pastorals cannot be taken to demonstrate anything about the accuracy or otherwise of the information in the Pastorals. In his conclusion, Herzer provided a telling quote from Adolf von Harnack, whoin 1926 looked back at how much had changed in the 57 years since he started his theological studies, the field having moved from accepting only four major epistles as Pauline, to including Philippians, 1 Thessalonians, and others. In the discussion after the paper, someone asked what might have led Paul to incorporate household codes into his letters at that particular point in his activity, if one or more of the Pastorals turned out to be authentic. Udo Schnelle asked about the different perspectives on Israel in Romans vs. the Pastorals.

After the coffee break, I attended the final meeting of the seminar on the Gospel of John, in which Ismo Dunderberg presented a paper comparing the treatment of the eucharist across a range of sources, focusing in particular on the Gospel of John, Philip, and Judas. I found my thoughts turning to the Didache, and have an idea that I might want to explore in a future conference paper and/or article.

At lunch, I had some delightful conversation about science fiction and the Mandaeans (as separate topics, not together). One of the participants in the conversation was Brad Rice, whose work on a fascinating text called “The Dialogue of Christ with the Paralytic” I have mentioned on this blog before. 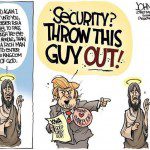 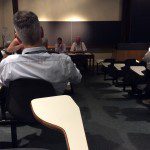 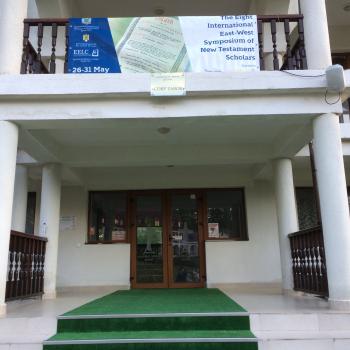