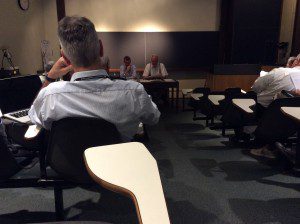 The last afternoon of the SNTS conference was dedicated to simultaneous short papers. The first such session I attended featured Roger Aus speaking about Jewish traditions related to Ezekiel 16:9 and their connection to 1 Corinthians 10:2. The Targum reworks the text in Ezekiel, relating it to the Exodus, in ways that may have been known to Paul. Aus also noted the debates among the rabbis about the appropriateness of reading this text publicly, and the need for it to be reinterpreted. Aus suggested that Paul’s meaning was that the Israelites were baptized in the time of Moses. The idea was that the Israelites accepted Moses’ authority as leader, and that was the analogy with Christ. Aus noted the emphasis in Jewish interpretation that the Israelites remained completely dry when they passed through the sea. Would Paul have understood Christ to be the Lord who washed the Israelites as per the Ezekiel passage? The rock that provided water was sometimes identified as a well, making the image less striking. 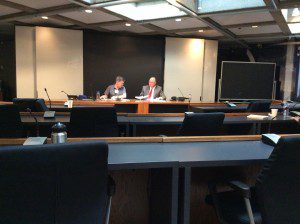 For the last session, which was also simultaneous short papers, I went to hear Carey Newman’s presentation about “Narrative Apocalyptic in Ephesians.” The paper began by emphasizing the extent to which the world is full of evil spiritual powers for ancient authors such as the one who wrote Ephesians. These powers prey on humans and corrupt them. I was struck by how much Newman’s depiction of this apocalyptic viewpoint would also work as a description of the “Gnostic” worldview. I think that apocalyptic was probably a crucial precursor to and catalyst for (the phenomenon that some prefer not to call) Gnosticism. Yet covenantal and scriptural resonances are also present in Ephesians which are incompatible with most Gnostic interpretations of Genesis – Newman highlighted the echoes of Genesis 12:1-3 in Ephesians 1:3. This background may explain why the text there departs from more standard “in Christ” ideas of Paul’s, in the direction of a more instrumental meaning, since a link is made between what God did through Abraham and through Jesus. Newman then explored how Ephesians brings the two together in “apocalypticizing covenant.” He noted the striking lack of any focus on Adam in comparison or contrast with the new anthropos in Ephesians. Yet its focus is cosmic and eschatological rather than national or ethnic. Newman suggested in conclusion that it is precisely covenantal narrative that keeps apocalyptic from veering into Gnosticism, and so I expect that his description of the apocalyptic viewpoint at the start of his paper intentionally highlighted the points of overlap between Gnosticism and apocalyptic.

The first question after the paper, from Eddie Adams, highlighted that narrative and apocalyptic often converge, e.g. in the Book of Daniel. The next, from Beverly Gaventa, asked whether one could better talk about “history” than “narrative” as what counterbalances apocalyptic. A couple of people suggested that what Newman was talking about is negative cosmology rather than apocalyptic, since the latter tends to have an eschatological focus that Ephesians lacks. Newman responded by emphasizing that Ephesians is not just realized eschatology but is interested in the future. This was a very lively discussion for the last session of a conference!

The final component, other than the banquet later this evening, was the second business meeting, which covered the approval of new members, editors’ reports about the journal and monograph series, and future meetings.

It has been wonderful to reconnect with people I know and to make new acquaintances, to visit Montreal and be surrounded by the French language (as well as hear a lot of German too). Linguistically, SNTS stretches those who attend far more than AAR/SBL. 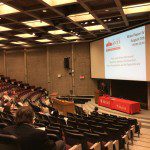 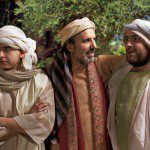 August 6, 2016 The Parable of Two Sons
Recent Comments
0 | Leave a Comment
Browse Our Archives
get the latest from
Religion Prof: The Blog of James F. McGrath
Sign up for our newsletter
POPULAR AT PATHEOS Progressive Christian
1 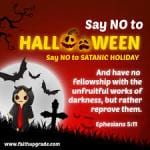