Star Trek: Discovery – Despite Yourself

In the episode “Despite Yourself,” the USS Discovery finds itself in a different universe. The captain mentions that the possibility that the mycelial network connects to other universes was something that he and Stamets had discussed, once again suggesting that Lorca may have hoped they could reach a parallel universe. When the captain enters the sick bay, the Dr. Culber says, “Speak of the devil.” The doctor blames Capt. Lorca, accusing him of wanting what happened – which is interesting, given that there are also hints in this episode that their earlier multiple jump sequence may have prepared them for the jump to a different universe.

In the universe that they find themselves in, it seems that the Klingons, Vulcans, and Andorians have formed an alliance against humans. The humans have a Terran Empire that is racist, xenophobic, and non-humans are fighting for their freedom against them. It is possible that the two Discoveries from the different universes switched spaces. In the parallel universe Tilly is the captain, a role that she obtained by killing her predecessor (she is nicknamed Captain Killy). The captain (who in the mirror universe is a fugitive as a result of an attempted coup against the emperor) suggests that the parallel universe with the same people yet different is evidence of destiny. Files they retrieve show that the Defiant from their universe also made itself to that universe.

One highlight of the episode is Michael Burnham’s advice to Tilly, emphasizing that the apparent strength of the violent officers in the parallel universe is a facade, related to living in constant fear of where the knife will come from. The strength that comes from having comrades they can trust is true strength.

Initially, we are given the impression that we already had in earlier episodes, namely that Lt. Ash has been brainwashed by his Klingon captors, with ritual words of prayer about seeking Kahless, the Klingon Messiah, central to it. Later, we learn that it is more likely that he is a Klingon mole who has been transformed to appear human. The question of what this will mean for his identity and his relationships with Burnham and others remains to be seen. But when Dr. Culber discovers the medical evidence that Ash isn’t who he appears to be, Ash kills him.

On the Original Series, StarFleet didn’t seem to be aware of the mirror universe, suggesting that the Discovery never makes it back – assuming, of course, that the universe that it originated in was in fact precisely the same one as the Original Series. But of course, in an infinite multiverse, there will not only be universes in which a peaceful Federation is replaced with a warlike Empire, but also ones that are almost identical to each of the above.

I continue to find each new episode enjoyable and engaging in interesting and new ways. What about you?

For thoughts on how the concept of parallel universes relates to religion, see my earlier posts “LOST in a Zoroastrian Multiverse” and “Religion in the Multiverse.” 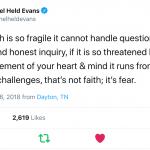 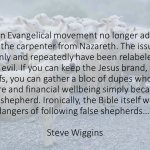