I ended up not blogging right away about the week before last’s episode of The X-Files, not because it wasn’t engaging (it relates directly to a research area of mine, after all!) but because it had very little dialogue, and its one main point, while worth sharing, seemed too short a point to comment on in a blog post. But I’ve decided to return to the episode, for a number of reasons.

The whole episode involves a range of fairly comical situations all connected with artificial intelligence. Mulder and Scully go out to eat for sushi at a restaurant that turns out to be fully automated – even the cooking is done by robots! I thought this was imagining something not quite present day, but then on a drive through rural Indiana, I heard a radio ad inviting people to buy into a frozen yogurt franchise that won’t require them to hire employees, since you simply set it up and then robots make and serve the yogurt! It’s a real thing – Reis and Irvy’s. The future is closer than we think…

On the same trip, I heard advertising for a gun store, emphasizing their support for your right to hunt and engage in other leisure activities that involve guns. I realized on that drive that it might help us realize that we are not one nation, indivisible, but a range of different cultures and viewpoints, if all of us were to regularly drive through parts of the United States very different from the one that we live in, and simply listen to the radio – including the talk and commercials and not only music.

There is music in this X-Files episode, and it is a classic from Crosby, Stills, Nash, and Young: “Teach Your Children.” That choice is not random. The episode is all about artificial intelligences pursuing Mulder and Scully because, after Mulder receives a blobfish at the robot-run sushi restaurant (which isn’t what he ordered), he doesn’t leave a tip. At the end of the episode, he says that we have to become better teachers of our AIs. And that is where the episode began – with the true story of Tay, the bot that was unleashed on Twitter and quickly learned to spout racist, sexist, trollish words. Our biggest fears about AIs are not that they will be completely unlike us, but that they will learn from our own worst behaviors and attitudes. Those are fears we have when it comes to our biological children as well.

I blogged previously about the theme of parenting/child-rearing and artificial intelligence in connection with the TV series The Sarah Connor Chronicles. Although that series is largely forgotten today, I think that what I wrote about its exploration of these themes is worth revisiting, since it stands on its own independently of the particular TV franchise in connection with I discussed these points.

And like our biological children, AIs are likely to grow up to become our teachers as well – just as the song says…

What did you think of this X-Files episode with the unpronounceable title “Rm9sbG93ZXJz”? 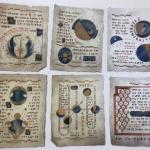 March 12, 2018 #CFP The Material of Christian Apocrypha
Recent Comments
2 Comments | Leave a Comment
Browse Our Archives
get the latest from
Religion Prof: The Blog of James F. McGrath
Sign up for our newsletter
POPULAR AT PATHEOS Progressive Christian
1 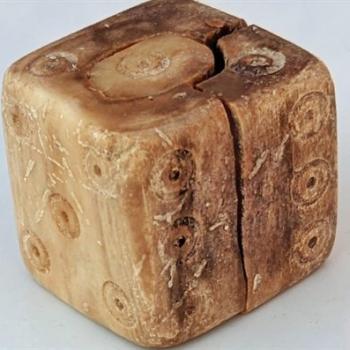 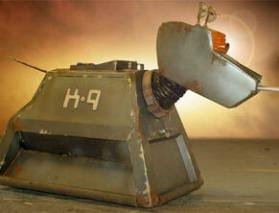