Studying Scripture academically is kinda like falling in love. At first, you believe that your beloved is perfect, flawless, and incomparable. And nobody could convince you otherwise, try as they may. That was definitely me when I was in my late teens and early twenties, so I get where some of you are coming from.

But if you give love time and cultivate it with prolonged, honest intimacy, they you will eventually come to see that your beloved is actually very imperfect, but still beloved in spite of and even because of these imperfections.

So we need to be careful to respect these ancient texts enough to let them say whatever it is they are saying, even if we find it to be historically problematic or inaccurate when compared with other sources of information. Our pre-existing assumptions that these texts have to be historically accurate and perfect are far more a self-reflection of our needs rather than an objective interpretation of these texts in their original historical and literary contexts.

Read the rest of the post on his blog Voces Anticae. See also Derek Penwell’s post on a similar theme, in which he wrote:

Liberal Christians love the Bible. No, seriously. We love the Bible. We just refuse to treat it as though it is a set of timeless golden tablets that says all that needs to be said once and for all about everything of importance…

Look. If Christians are ever going to establish credibility with anyone besides themselves, they’re going to have to start reading the Bible through the same eyes as the people with whom Jesus spent most of his time—those folks whom the religious power brokers are convinced don’t quite measure up. 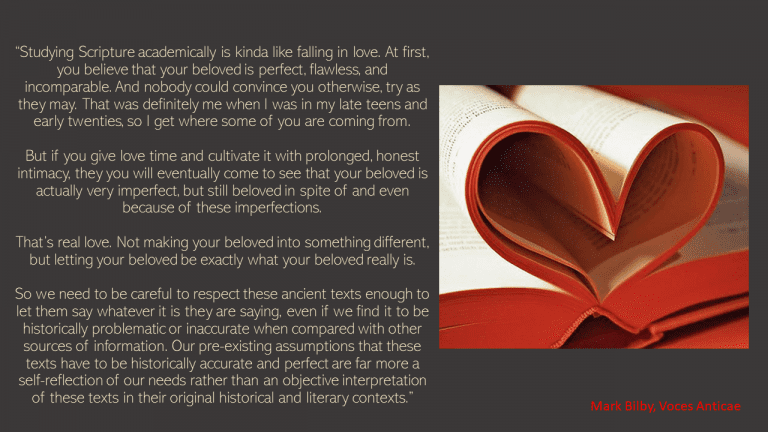 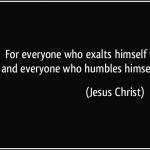 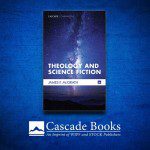 April 15, 2018 New Reviews of Theology and Science Fiction
Recent Comments
9 Comments | Leave a Comment
Browse Our Archives
get the latest from
Religion Prof: The Blog of James F. McGrath
Sign up for our newsletter
POPULAR AT PATHEOS Progressive Christian
1