What the Bible Says about X

Fred Clark wrote a helpful post about “concordanceism” a while back. Here is an excerpt:

If you’ve spent a lifetime hearing sermons and homilies — especially evangelical sermons — then you’ve no doubt encountered concordance-ism and its unfortunate byproducts. You’ve likely heard some preacher admit to it. Sometimes this is a sheepish confession acknowledging their last-minute, I-got-nothin’ sermon-prep from the night before. But sometimes it’s not a confession but a boast, with the preacher bragging that they “looked up every passage about X” to thereby claim that what they were preaching about X was comprehensive and authoritative.

That’s concordance-ism. And it doesn’t work.

But while concordance-ism is neither comprehensive nor authoritative, it’s always revealing. The “biblical” sermons and “biblical” arguments cobbled together by someone concordancing always plainly show just exactly which words that person looked up in search of authoritative prooftexts. And thus also, and more significantly, they show which words that person did not include. That latter, vastly longer list of words not included constitutes a list of thoughts not included — of thoughts precluded.

That’s what concordance-ism always reveals: the thoughts unthought, the boundaries of the concordancer’s language and imagination and literacy. It reveals what the concordancer regards as unthinkable, and thus what it is that they are incapable of seeing and incapable of understanding. This is something that person could not have told you about themselves because it is something they are, by definition, unable to know about themselves.

When that preacher or radio host tells you that they “looked up every single passage about X” what they’re really describing is all of the constraints and blinders and barriers they bring to the subject. They’re telling you how little they’ve thought about X and how little they’re able to think about it. They looked up X in a concordance, and only X, imagining that this is all the Bible had to say and all that there is to know about the subject. 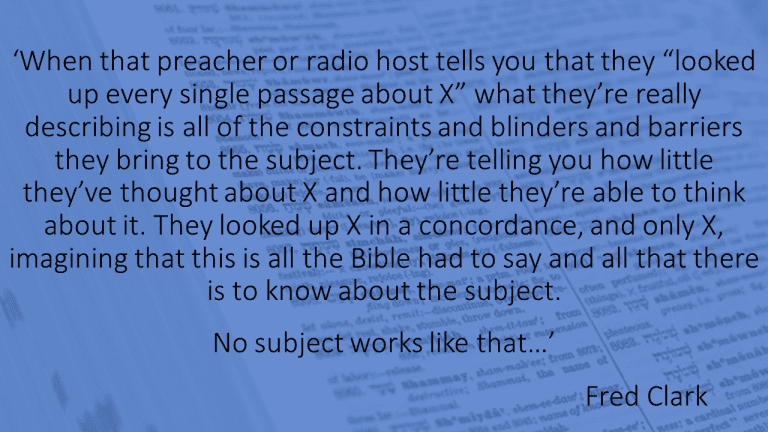 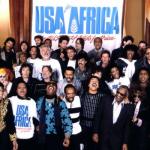 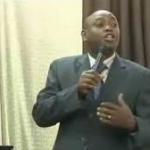