As I continue thinking about how to best characterize the form of Christianity that I identify with, another has occurred to me – ironically, in an article that warns against our human tendency to take pride in group identities! But you’ll see why it led me to the title of this post when you read this excerpt from Trelawney Grenfell-Muir’s recent piece about not being proud to be a Christian:

Christianity, like every major religion and secular ideology, has always consisted of humans with great ideas, terrible ideas, beautiful intentions, horrible intentions, wise insights, and horrendous mistakes. If a person gets h/er self-worth from being on the right team, s/he is doomed to failure. Whatever your religion or secular philosophy, don’t let it be a source of pride. Let it be a source of guidance, strength, comfort, community, and hope. Let it be a vehicle for advocacy, ethical outreach, making the world a better place. Let it be a place to make mistakes, to fail, and to find the courage to keep trying.

Click through to read the rest. It makes a point that needs to be emphasized about any human religion, text (even scripture), or theology. These are human creations. It is the same point I made recently about law, including laws in the Bible. Isn’t it pride in their religion that leads inerrantists to insist that their sacred texts, beliefs, and practices are perfect? And yet those very texts, the very gospel message itself, calls human beings to repent of that same pride.

Of related interest is Peter Marty’s peace on fear in The Christian Century, which also focuses on Christianity as tribal identity. He writes:

It’s not an overstatement to say there’s a fear epidemic in America these days. Swapping stories of fright has become our national pastime. It has always been true that if you want to kill an idea, a piece of legislation, or another person’s dignity, you just get people good and scared of what that idea, policy, or person might do. Trump brought his own fearfulness into the presidency, which the religious right has incorporated into its own. He rolled into office terrified of Muslim immigrants, Mexican criminals, and foreign competition. The portrait of the world he paints is one of others taking advantage of America and threatening white culture, national security, business health, and the Christian community in particular.

“We’re going to protect Christianity,” Trump told Liberty University students while on a campus visit. His depiction of Christians as a beleaguered lot, under assault from multiple threats, has shaped numerous conspiracy theories and even guided his pledge last year to defend Christmas.

The problem is: Christianity doesn’t need to be protected, Christmas doesn’t have to be saved, and American Christians are not an embattled people. We may need to live our faith more expressively, worship as if Christmas actually mattered, and champion the rights and needs of many more peoples. But protecting and defending Christianity fits a threat-based political ideology more than a life anchored in compassion and godly devotion. I recognize that fear is a terrific uniter. It holds people together like no other ideology, national symbol, or cultural creed. But subscribing to every fear and conspiratorial threat is a strange way to carve out a Christian life.

June 28, 2018
#CFP Moral Machines? The Ethics and Politics of the Digital World
Next Post 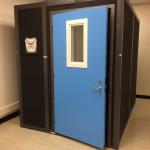