Woe To Those Who Make Unjust Laws

For those inclined to discuss whether certain laws are “biblical,” a tweet from Rev. James Martin is worth considering:

If the tweet does not embed or show up on your device above, it says:

Personally, I think that approach is unhelpful, precisely because it fails to recognize that biblical laws are human laws, and biblical comments about just and unjust laws are human commentary. We should allow ourselves to be challenged by the biblical texts when they are seeking to hold us to a higher standard than we are aiming for, but we also need to be ready and eager to do better than they did.

In addition to discussing current U.S. policy regarding illegal immigrant families in terms of biblical law, there have also been discussions of what the Bible says about obeying laws. On that subject, Bob Cargill’s tweet seems particularly apt:

I’m sorry, but did Romans 13:1-7 disappear during the Obama administration, or are Jeff Sessions and conservative Christians just discovering it now? @BarackObama

Again, for those who may not see the embedded tweet, it says: “I’m sorry, but did Romans 13:1-7 disappear during the Obama administration, or are Jeff Sessions and conservative Christians just discovering it now?”

That is the other crucial point to make in response to the current discussion, and it is closely related to the first point. No one today is trying to enact all the biblical laws, and indeed it would not be possible because there are contradictions and tensions between them. Jeff Sessions quoted Romans 13 in precisely the way that the Communist authorities in Romania used to quote the same proof-text, wielding it as a stick to try to get Christians to submit and remain silent in the face of injustice.

As an American Baptist, I am part of a tradition that needn’t flinch at the idea of there being unjust laws in the Bible. We took a stand against slavery, standing against those who sought to use the Bible to justify perpetuating an evil. They could do so because that evil had been accepted by biblical authors and was woven into their worldview. The slaveholders likewise appealed to Romans 13 to bolster their position. The American Baptists, on the other hand, recognized that some principles we adhere to need to trump others (pun intended). And so it is important that Christians concerned for justice not simply prooftext back at those who make and defend unjust laws. As I wrote once before, “Prooftexting is an unwinnable game,” and to quote the classic movie War Games, “the only way to win is not to play.”

On this topic, see also Melissa Florer-Bixler’s article on discusing Romans 13 in her Mennonite Sunday school class, and Morgan Guyton’s blog post about “law and order Christianity.” See too Rev. Jennifer Butler’s comments, in which she wrote:

The fact that Sessions has had to trot out a corrupt interpretation of Scripture in the face of outcry from the faith community means we are being heard. He knows his policy will not pass a morality sniff test. Faith leaders will not rest until immigrant children are safe. 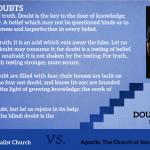 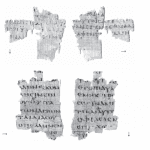