Jonah and the Ancient Aliens’ Submarine

My brother in law drew my attention to the above claim of the Ancient Aliens franchise, which I had somehow missed hearing about. I don’t watch the show, but it seems like the sort of thing that someone ought to have drawn to my attention before now! In the clip, Georgio Tsoukalas claims that Jonah was swallowed not by a whale (or even a big fish, if he wanted to get that detail right), but an Unidentified Submersible Object.

His basis for the claim? He says that the Bible refers to the “whale” as having ribs of bronze, which he literalizes into the metallic frame of a constructed vehicle. That literalization of select details while thoroughly changing the meaning of the text is characteristic of this approach to ancient literature. As the “Ancient Origins” website puts it:

Assuming that the references in the Bible are not ‘fairy tales’ and are based on true events, it is obvious that no one could survive inside a whale for three full days, causing many to assume the ‘whale’ was some kind of technologically advanced craft. Could it have been a spacecraft, even a submarine? Let us travel back thousands of years to a time when there was no technology and ask ourselves how an advanced, modern vehicle would have been perceived and described using the limited terms and references the civilization had. Is it not obvious that an airplane would have been perceived as a shiny, metallic bird, or a perhaps a chariot of fire? Similarly, isn’t it possible that a submarine would have been perceived as a whale, since whales, even then, were the largest mammals in the sea?

There are some obvious problems with all this. One is that Jonah never says this about the fish that swallows Jonah.

Tsoukalas is presumably alluding to Job 40:18, where behemoth is said to have bones of bronze.

Behemoth is not identified as a whale or sea animal in the Bible or Hebrew tradition. It does apparently become one in the form of bahamut in the Islamic/Arab tradition, but as a mythical creature that supports the world rather than an ordinary large fish.

And of course, ribs and other bones are not visible to a person who sees a big fish from the outside or inside, and so the language used simply cannot refer to an aspect of the beast that would have been visible to Jonah, even if one were to grant that he was swallowed by a behemoth.

And so this illustrates nicely the kind of problem I have with views ranging from ancient aliens to young-earth creationism to mythicism. All of them have advocates who make pseudoscientific, pseudohistorical, and/or pseudobiblical claims that evaporate when fact checked. If you are willing to borrow ideas or quotes from wherever you like, and jumble them together in a framework that interprets them in a manner that doesn’t reflect the meaning of any of the relevant sources in context, then you aren’t being honest with the evidence, and don’t deserve to be believed by anyone.

But of course, proponents of these views are relying on the tendency of human beings to be lazy and not fact check what we are told. Don’t believe me (as that would be profoundly ironic in view of what I have written here), fact check me. As an example, take a look at what the “supporting evidence” is that is linked from the word “many” in the quote taken directly from the Ancient Origins website…

In related news, the New York Times had a piece about a recent Ancient Aliens conference that was apparently very well attended, and celebrated Erich von Daniken’s Chariot of the Gods, which is one of the key works in the whole ancient aliens phenomena. See too Deane Galbraith’s recent post about Sardinian and Canaanite giants and their purported connection to Charlie the Robot from Scooby Doo. 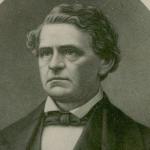 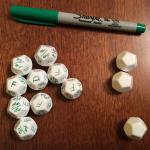