I’ve been meaning to mention this for a while, and didn’t manage to incorporate it into my recent post about comics in academia. And so blogging about this during Gen Con is perhaps the next best thing. A new comic book series called Dark Ark envisages Noah as not merely having to build an ark and gather animals, but also battle forces of darkness that seek to stand in his way. There was also a movie about Jesus as vampire hunter, which I think was shown at AAR/SBL a few years ago. Matt Page has a review of it on his fantastically helpful blog dedicated to Bible movies.

Ed Mazza was among those who mentioned the “Noah, Dinosaur and Giant Hunter” book (actual title: Noah: Man of Resolve) that was published last year by a young-earth creationist publisher. He writes, “The biblical Noah faces off against a giant and a dinosaur in a gladiator-like setting in a new novel that a creationist group is promoting.” The article appropriately describes this sort of thing as fan fiction. That might be an opt way of framing the Left Behind series, too, on which see Fred Clark’s consistently entertaining and seemingly never-ending series about why it isn’t particularly good or compelling fiction. See too Jim Kidder’s and Hemant Mehta’s blog posts about the Noah book.

Jade Sylvan wrote recently about the possibility of treating the New Testament Gospels as works of fanfic.

This phenomenon of later authors taking up the reins to fill in or extend completed works has considerable precedent in the ancient world…If scripture is seen as a dialogue, it stands to reason that it would require being embraced and reimagined by different authors in different times and places—even by authors with different points of view. As I have learned about Luke’s pagan slant (e.g., the divine insemination) and Matthew’s messianic additions and how their calculated redactions suited their unique conditions writing in the Roman Empire during the first or second century, I have wondered if we might also see the synoptic Gospels as creations of authors who loved and respected the traditions that came to them. They were taking up the story and filling in the gaps to find the truths that their specific communities want and need. (This is not to deny other, more difficult, motivations and consequences. Many scholars have written about the context of tension and strife in which the synoptic Gospels were produced and about the anti-Jewish tones and polemics that can be found in these texts.)

Likewise, in contemporary fanfiction, authors reimagine stories and texts to find the truths their communities need. In doing so, they feed the subculture so that it might grow strong enough to become self-sustaining, to upset the mainstream, to remake the world.

Read the rest in Harvard Divinity Bulletin. As you’ll know if you’ve read my article “Mark’s Missing Ending,” my book The Burial of Jesus, or my many blog posts on the topic, I am not convinced that the ending of the Gospel of Mark in our earliest manuscripts is “open” rather than prematurely closed. But that doesn’t affect the major point, that the subsequent Gospels might be helpfully thought of as, or at least compared with, fanfic.

Also at the intersection of religion and vampires is this recent tweet:

“Hello! Do you have a minute to talk about Dracula?”
“No- wait, Dracula?”
“Yes!”
“You’re vampires?”
“Yes. We have pamphlets.”
“Vampires have missionaries?”
“Where else would new vampires come from?”
“I assumed you bit people.”
“There are many hurtful stereotypes. May we come in?”

What other Bible-related fanfic have I missed? Anyone reading this planning on going to the fandom studies conference in Chicago in October? 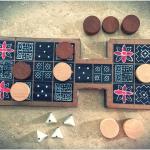 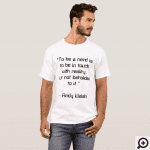 August 4, 2018 The Definition of Nerdiness
Recent Comments
9 Comments | Leave a Comment
Browse Our Archives
get the latest from
Religion Prof: The Blog of James F. McGrath
Sign up for our newsletter
POPULAR AT PATHEOS Progressive Christian
1