Samantha Field shared some insightful, important, and powerful thoughts about the language that conservative Evangelicals use about racism and other social issues as being a “sin issue” and a “problem of the heart.” Here’s a lengthy excerpt:

Maybe like me you’ve noticed a pattern of influential Christian ministers referring to racism or sexism as a “heart issue,” and found it as frustrating as I do.

Framing racism or other systemic social problems as a “heart issue” accomplishes a few things. First, it centers Christianity in the conversation. If racism is a “heart issue,” then the solution is conversion or repentance– all the individually racist person needs to do is repent and allow Jesus to change their heart. If a racist person accepts Jesus into their heart and once they’ve done so, follows the Spirit’s guidance away from prejudice and towards acceptance– then racism is solved with the Christian religion. Saying racism is a “heart issue” means that we don’t need affirmative action, we need Evangelical Jesus.

Second, it allows people and their communities to escape any feeling of responsibility or guilt. If racism is truly a single person’s heart issue, and the resolution is for that person to repent, then there’s nothing that Bob or Susie is responsible for when Jim is a racist turd. If Jim is a Christian, then Jesus and the Holy Spirit will handle it. If he’s not, then there’s nothing more for Bob or Susie to do– they just have to continue being Jim’s friend so they can be a “good witness” for Christ in his life. What good would it do to tell Jim that he’s being racist, if it’s a heart issue? No, we just need to “love on him” more and “be the only Bible he’ll ever see.”

Lastly, if racism is an individual’s “heart issue,” then it’s not systemic. An indiviudal’s heart issue does not require a church, as an institution, to change. Heart issues do not ask the Church to examine itself or shift course; in fact, if racism is a heart issue than most Christian churches are doing the exactly right thing by harping on a “personal relationship with Christ” and telling its members to repent of private, individual sin.

If we were to communally acknowledge that racism or sexism or ableism is systemic, then we’d have to commit to a massive undertaking. We’d have to take a hard look at how our seminaries and ordinations and denominations and alliances and conventions operate and be honest with ourselves for the first time in history. We’d have to overhaul power structures, ordination tracks, and hiring processes– and everyone who currently enjoys all the cultural power, who wield all the political influence, would lose their access and prestige. The leadership would have to admit that it’s not God who brought them to the position they hold, not their commitment to the faith, not their hard work, but systemic, structural practices that marginalize anyone who isn’t a cis, white, heterosexual man.

It’s not coincidence that the people who stand to lose the most power, influence, and money are the ones claiming that sins like racism are an individual problem and the solution is to maintain the status quo.

On the topic of what Jessica Goldstein calls the “Feel-Good, Feel-Bad” Story, which praises an individual’s inventiveness or tenacity in a way that distracts from the systemic problem that necessitated their action, Libby Ann writes:

It’s time for Christian leaders and members to own up to the patriarchal crisis that churches are experiencing. When the book of Genesis describes the fallen, sinful nature of humanity, it names the specific curse of oppressive male domination.

To simply chalk these instances up to sin in the abstract misses the ways in which sin has become enfleshed in hierarchical church structures led by men with little accountability. It also lets men, and male religious leaders off the hook. If we can understand this, then perhaps we can think about steps for moving forward.

It is good to see so many people talking about systemic evil rather than merely individual sin!

sin is not just a “heart issue” 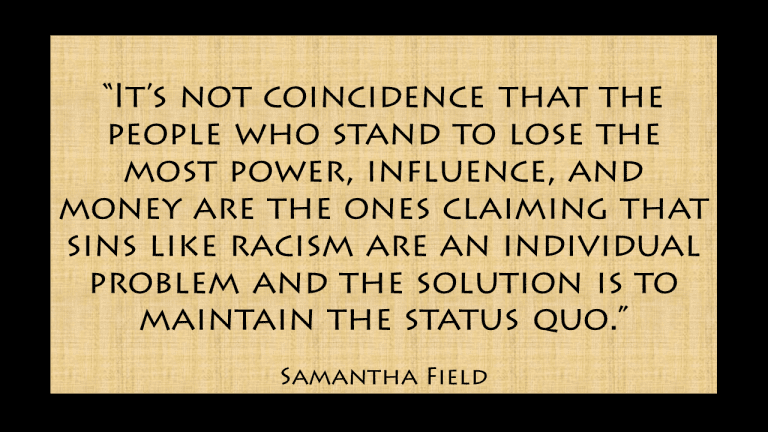 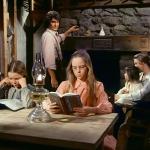 August 26, 2018
The Gospels and Comparable Ancient and Modern Literature
Next Post 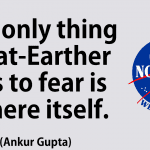 August 28, 2018 The Only Thing Flat-Earthers Have to Fear
Recent Comments
10 Comments | Leave a Comment
"How do you imagine that I could have come up with my question based upon ..."
VinnyJH Mythicism and the Early Christian Band
"Did you read the post or did you just see the title and do what ..."
James F. McGrath Mythicism and the Early Christian Band
"It must be sad, first, not to be able to tell the difference between ghost ..."
Vance Morgan Think Outside The Box (The Cutest ..."
"HA.I don't believe the silly ghost stories you fell for.P.S. thankfully for you, there were ..."
Patrick O'Malley Think Outside The Box (The Cutest ..."
Browse Our Archives
get the latest from
Religion Prof: The Blog of James F. McGrath
Sign up for our newsletter
POPULAR AT PATHEOS Progressive Christian
1