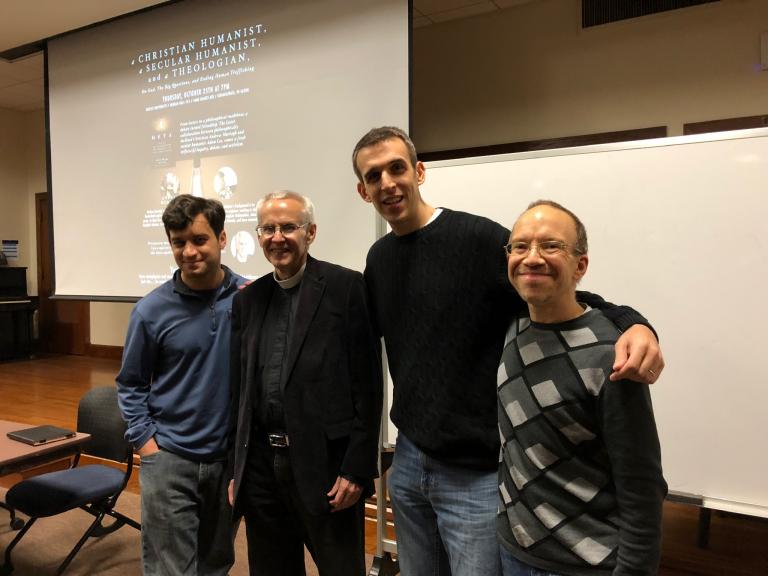 Yesterday evening I had the chance to meet two Patheos bloggers in person for the first time – on the Butler University campus, no less! I have found that meeting people in person that one feels connected with via social media often feels like it is renewing rather than beginning an acquaintance, which is (I think) a testament to the capacity of technology to forge meaningful connections between human beings – when we want it to and allow it to, of course.

In this case, I can’t say that I had really interacted much with either Andrew Murtagh or Adam Lee despite being bloggers hosted in the same site. Let’s be honest – there are a lot of Patheos blogs. I have even ended up being colleagues with another Patheos blogger at my university, namely Foxy Folklorist Jeana Jorgensen. I am glad that things worked out for Andrew and Adam to make an appearance speaking at Butler.

If I had previously been aware that Adam was inclined to embrace Jesus mythicism, I had blotted it out. That made for a very interesting evening, since my inclination on the whole was to be much more inclined towards skepticism than Andrew was, and yet given Adam’s embrace of Dan Brown and Richard Carrier as though they were reliable sources and trustworthy guides to history, I ended up aligned more with Andrew on more points than I might have otherwise. I think this is probably telling, and instructive. If you are an atheist and/or secular humanist who genuinely embraces the conclusions of mainstream secular scholarship, you may find there are liberal Christians who do the same and with whom you can find substantial common ground. If you embrace pseudoscholarship, you will be driving a wedge between yourself and others who might otherwise be inclined to side with you!

I am hopeful that sometime soon I can record a podcast with Adam and Andrew. I learned tonight that, in addition to talking about their co-authored book Meta, their collaboration in support of the Polaris Project to combat human trafficking, and their theological differences, we may also need to talk about the fact that, by embracing a very fringe stance, the secular humanist atheist in the pair has abandoned any claim to be more skeptical than the Christian humanist – whom I would judge insufficiently skeptical on certain points as well, but in ways that are arguably far more defensible and than Jesus mythicism is.

Here is the poster from the event: 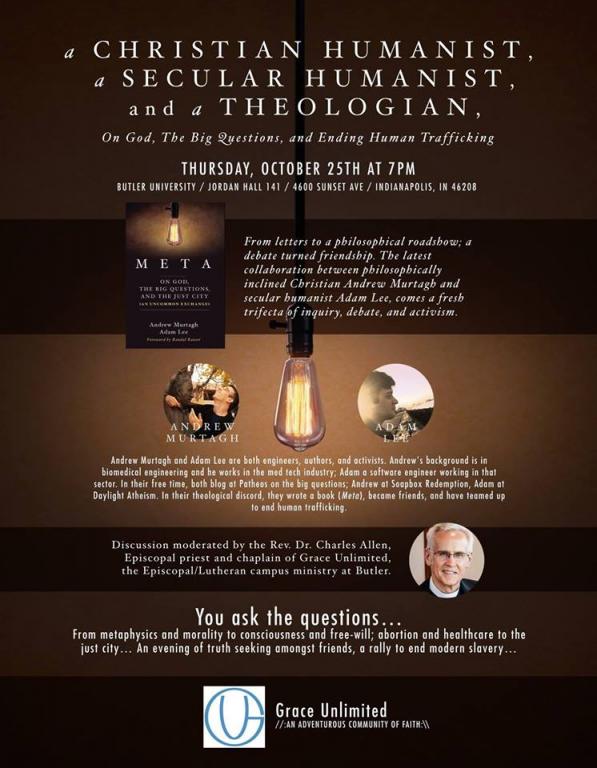 And here is a photo from their panel as it was happening: 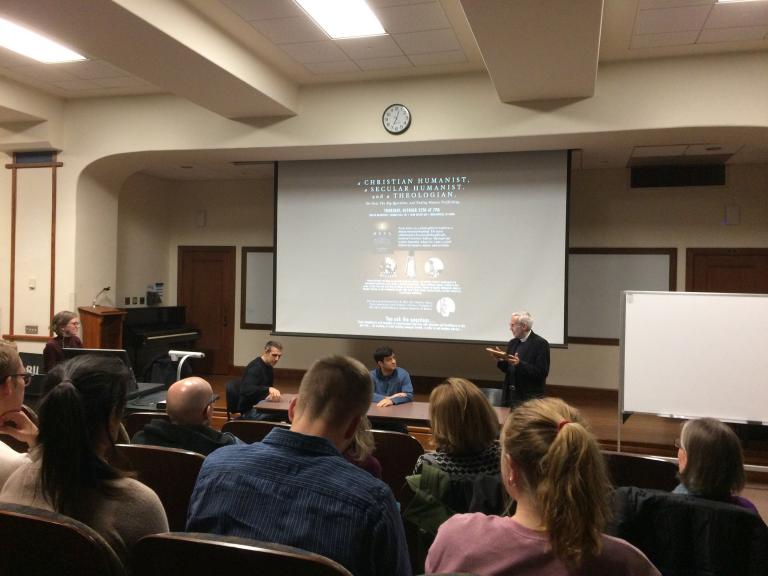 I was glad that another event I was very eager to get to yesterday continued further into the evening and so I was able to get to hear talented artist Gabrielle Cerberville performing at the delightful venue in Broad Ripple in Indianapolis, Books and Brews. I was familiar with Gabrielle’s work as a composer, but had never heard her perform as vocalist/pianist, and so that was a special treat. Gabrielle has made a guest appearance in my class on the Bible and music to talk about her work as a composer. Back in 2016 I blogged about a piece that she composed when participating in the Religion, Spirituality, and the Arts program then still connected with Butler University.

I am so privileged to be employed at a place that is such a hub of creativity, respectful dialogue, and collaboration for positive change! 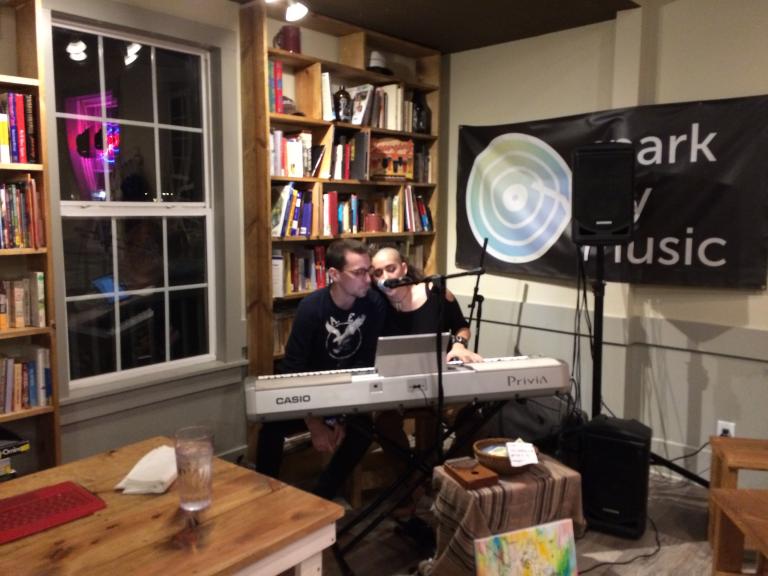 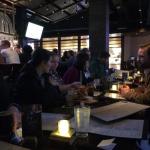 October 25, 2018
Bloggers' (and Podcasters’ and Tweeters' and Instagrammers' and Other Social Mediators') Meeting at #AARSBL18
Next Post 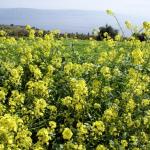 October 27, 2018 Mustard Trees and the Parables of Jesus
Recent Comments
1 Comment | Leave a Comment
Browse Our Archives
get the latest from
Religion Prof: The Blog of James F. McGrath
Sign up for our newsletter
POPULAR AT PATHEOS Progressive Christian
1