Let me supplement my last post about the historical Jesus with another that connects with and shares a wider range of what has been and continues to be discussed and circulated, and asks what kinds of things it might be useful to blog about in the future. Reading certain blogs and discussion boards on the internet, you would think that laypeople were being called upon to invent methods for historical study for themselves, and to do so from scratch no less. I think a post (or series of posts!) on basic methodology, and particularly source criticism, could be helpful for a lay audience, especially in light of the misinformation being spread in certain corners of the internet. I’ll try to do that if and when time permits. For the purpose of the present post, I’ll gather together some links related to historical methods as they are applied to Jesus and other people and events in early Christianity.

First, let me quote Larry Hurtado, who asks, “is there any other field of academic work in which rank amateurs with none of the skills involved, none of the relevant training, and no proven competence in publishing in the subject so readily and so confidently launch their opinions? This also often involves disdain for the work of those scholars who actually have the necessary attributes to be taken seriously.”

Adam Akma wrote in a post a while back, “The biblical interpretation industry invests contemporary historical discernment with an authority incommensurate with its inevitable transience.”

A blogger who goes by the pseudonym Weekend Fisher, and whose perspective I regularly appreciate, nevertheless wrote what seems to me a rather bizarre post that engages in counterapologetics against some individuals who suggest that extracanonical and canonical texts are all the same. Mainstream historians have doubts about some of the things in the canonical Gospels, and sometimes find snippets in extracanonical Gospels that seem likely to be historical, but few people (and even fewer historians and scholars) dispute that among the canonical Gospels we have some of the earliest and most important historical information about Jesus. Those who prioritize things like a hypothetical source behind the Gospel of Peter are the exception and not the rule in this field.

Zondervan Academic Blog had a post on the authorship of the Gospels. There Mark Strauss surveys the evidence, and while his inclination leans conservative, his conclusion is honest and fairly mainstream:

At the end of the day, the gospels are still anonymous. Not one of them identifies its author. We have good reason to support the authors church tradition has named, but we don’t have to simply take their word for it. However, even after examining textual evidence and clues from other writings, none of the evidence for or against these authors is 100% conclusive.

Truth? It’s not just about the facts

Ben Witherington wrote in a blog post about the Gospel of Thomas:

It is frankly hard to keep a straight face and say that this sounds anything like the historical Jesus we find in the Q sayings or in Mark or even in the Gospel of John. The person who wrote this is a wordsmith, someone who likes to play with words and phrases with puzzling meanings. And notice that there is really no future eschatological focus in this Gospel. In fact, when the disciples ask Jesus how their end will come, Jesus asks them if they have found their beginning (saying 18). This is just being obscure for obscurity’s sake.

It was hard to keep a straight face while reading Witherington’s words, since he thinks that the Jesus of the Gospel of John – who regularly seems to be obscure for obscurity’s sake, and who moves things that in the Synoptics are future and eschatological into the present – can nonetheless give us glimpses of the historical Jesus.

Jack Miles writes in his Commonweal review of The Kingdom by Emmanuel Carrère:

I was reminded of a sentence that the late Gore Vidal wrote in the New York Review of Books, reviewing a true-crime blockbuster in the manner of Truman Capote’s In Cold Blood: “Since none of this can be known, none of this is true.” Carrère defends himself against that objection (his book is, in fact, armed to the teeth with preemptive defenses against all kinds of objections) by claiming that all scholars invent: he simply admits about his inventions what they conceal about theirs.

Bart Ehrman on the use of the criterion of dissimilarity.

A lecture about textual criticism and whether we can determine the “exact words” of Jesus.

Some thoughts on oral tradition and history in a modern setting.

Anxious Bench periodically explores matters related to the practice of history, including using podcasts to reach the public.

T&T Clark shared an author interview. Hendrickson linked to a review of Understanding the Gospels as Ancient Jewish Literature.

Here’s a blog post from my friend Charles Allen, who actually sat in on my Historical Jesus class some years ago, offering his thoughts on historical deduction about Jesus.

There’s a new documentary about Jesus coming our way soon, it seems.

Ben Witherington is continuing his multi-post interview with Amy-Jill Levine. David Capes wrote his second post about Jesus and Capernaum.

Finally, a word of thanks to Bill Heroman for his shout-out and kind words in response to my blog post about history and imagination. I hope we continue the conversation on that topic! 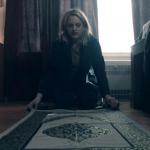 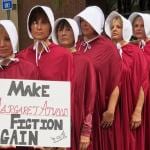