Historians and Their Publics

Historians and Their Publics February 27, 2019 johnturner

Recently historians have been debating each other. Actually, this has been going on for quite some time.

Max Boot observes the following in a Post op-ed: 1) History majors are declining; 2) Many Americans do not know when the War of 1812 began; 3) Americans elected Donald Trump, who does not know there was a War of 1812; 4) Historians bear some blame for these things because they have abandoned political and military history and because they fail to speak to publics beyond their academic journals. Democracy dies in historical ignorance and historiographical darkness.

This op-ed is a downer. I had been feeling rather smug since the 2016 election, knowing that I bore no responsibility for electing Donald Trump. Presumably, since nearly all academic historians are Democrats, they bore no responsibility either. Alas, no. We’re to blame. We have made history postmodern and postrelevant, and suddenly we end up with America First again.

Where to start with this convoluted mess? Of course, Americans are ignorant about history, more so on average than, say, Europeans. The number of history majors is declining. Americans elected Donald Trump, who knows very little about history. All of these things are true. Are they connected? That’s not clear at all.

Why is the number of history majors declining? Is it because historians have abandoned fields students would enjoy studying? Is it because students have little interest in gender as a tool of analysis or in critical race theory? Do historians drive away potential students through their course titles and subjects? 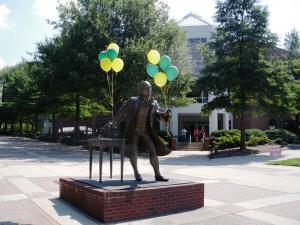 The single-biggest factor, by contrast, is the general decline in humanities, though evidently history’s decline is steeper than most. Of course, one could make the same complaints about humanists in general as Boot makes of historians in particular. Actually, though, I’d reckon that such trends have affected English departments more than History departments in recent decades. I glanced at the Spring 2019 course offerings at my university, at which history majors have also declined sharply in recent years. There was no overabundance of courses on “cultural, social, and gender history.”

More History Majors, Please!I am entirely open to the idea that with different strategies, history department could attract more students, majors, and minors. But this decline has a lot more to do with the overinflated price of education, university messaging and marketing as a whole, and the idea that other majors are surer gateways to employment.

Next comes the subject (here I am responding to recent posts by John Fea and Chris Gehrz and have in mind the series of tweets from Thomas Sugrue that Fea reproduced) of whether historians need to do more to speak to the broader public. As someone who tries to do so from time to time but far less regularly than others who have weighed in on the question, I’m very ambivalent about this notion.

First of all, call me old-fashioned, but I think by far the most important audience to which the vast majority of historians speak is our students. If we prepare well for our classes, engage students, teach them to think historically, and serve as mentors and advisers as they advance toward graduation, then we’re doing what the vast majority of taxpayers and parents would want. First things first. As John Fea notes, most universities do not reward forms of public engagement. The bigger problem is that at many institutions, including non-elite state universities, teaching plays a very minor role in most tenure and promotion cases. Especially as Christians, we should try to buck that trend.

Furthermore, I don’t think most historians are or should be wringing their hands over whether or not they are bringing their historical research to bear on the current issues of the day. I do not see that as a primary task of the historian but, as appropriate, a wonderful side benefit. There is nothing wrong with toiling away in the seventh or seventeenth century simply because one wants to understand it better. Certainly, whether they are teaching or writing, good historians will prompt students and readers to reflect on the similarities and differences between the present and the past and make connections between the two. But with or without public engagement, I think there’s a scholarly and public good when historians practice their craft well.

What about historians speaking — whether via Twitter or Washington Post op-eds — to broader publics? I do not think most such efforts make a great deal of difference when it comes to the problems of historical ignorance or apathy that Boot discusses. Rather, politically progressive historians tweet or write pieces that use their historical knowledge to support politically progressive points of view pertaining to current events. The few conservative historians do the same thing in other outlets or for other groups of followers. I am not saying this makes no difference, and I try to do the same thing when I have a book to promote. But no amount of that sort of thing will change the fact that most Americans don’t know much about history. Nor will it persuade more Americans to major in history, I’m afraid.

Many more historians, though, are toiling patiently to convince Americans of the importance of thinking historically and of studying the past. They do so in classrooms. Yes, many do so by blogging, tweeting, writing books, publishing op-eds. And while some historians have large audiences of followers, many make contributions in less visible ways. Christian historians have some unique opportunities in this respect. Most churches need Christian education teachers. Other churches love guest speakers. I have had few greater pleasures than visiting Latter-day Saint book groups to discuss my works on Mormonism. If anybody out there would like me to discuss the Pilgrims and American Liberty, especially in 2020 or beyond, please let me know. It’s my least esoteric book subject ever. We can have a Mayflower 400 party.

Will these endeavors make Americans on average less ignorant about the past? Probably not. Will they prevent Donald Trump’s reelection in 2020? Nope. (Funny, by the way, that a no less ignorant electorate voted for Barack Obama in 2008 and 2012). Will they stem the decline in history majors? No, but I don’t think current trends are a sure predictor of future results. Are they worthwhile? Absolutely. 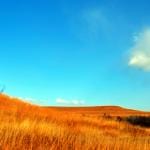 March 1, 2019 Charles Babbage and the Miracle Program
Recent Comments
3 Comments | Leave a Comment
Browse Our Archives
get the latest from
Anxious Bench
Sign up for our newsletter
POPULAR AT PATHEOS Evangelical
1