Charles Babbage and the Miracle Program

I wrote recently about the silly contemporary myth that portrays religion, and particularly Christianity, as implacably opposed to science and progress. In contrast, I emphasized the tradition of seeking “the Wisdom of God manifested in the works of Creation,” a phrase associated with the seventeenth century natural scientist John Ray. The legend of Christian obscurantism and ignorance is thoroughly disproved by an abundance of counter-examples, but some of the available correctives are so powerfully convincing that they startle. It is odd that Christian apologists have not used them more freely against atheist and secularist militants.

Who today, for instance, has heard of the Bridgewater Treatises? In 1829, the Earl of Bridgewater left a will devoting funds to support the publication of essays “On the Power, Wisdom and Goodness of God as manifested in the Creation.” A series of treatises appeared over the following decade, authored by some of the greatest minds of a dazzling age of scientific creativity, including such towering geniuses as William Whewell and William Buckland.

Arguably the greatest contributor of them all was Charles Babbage (1791-1871), a polymath who carved out areas of expertise in mathematics, economics, statistics and astronomy. Babbage would be a wonderful example to use in modern polemic because his name resonates even with people who know nothing about Victorian science or culture, and particularly among high-tech practitioners. Babbage, after all, features near the beginning of most histories of computing, because he designed a so-called Difference Engine that would have been the world’s first programmable computer – and modern reconstructions show that it really would have worked.

His ideas were so advanced that they really belong not in the 1840s but with cutting edge computational experiments a century later. Popular fantasy writers like William Gibson and Bruce Sterling have speculated just how the Victorian world might have developed had the Difference Engine actually been built at the time. Such fantasies have inspired a whole contemporary world of Steampunk, in which devotees combine modern high-tech with Victorian aesthetics and sensibilities.

So Babbage is a venerated name for the young and educated. How useful then to see him writing not just on God’s glories manifested in the creation, but specifically proving the possibility of miracles. As an orthodox Anglican of evangelical tendencies, he devoted his mathematical skills to confronting the skeptics of the day, who sought to remove what they regarded as superstitious accretions to the fundamental core of Christian truth, which was surely ethical and practical. How, they asked, could any intelligent adult possibly believe in miracles? As David Hume had famously asked, would God really suspend the laws of nature at a whim? In 1835, David Friedrich Strauss published his hugely influential Life of Jesus, which treated the New Testament miracle stories as symbolic or fictitious.

The battle lines seemed clear. Highly educated scholars scorned the possibility of miracles, which were defended only by the simple and superstitious – and also by a scientist who was, literally, a century ahead of his time. In his mind-stretching Ninth Treatise (1837), Babbage presented miracles not as an obstacle to faith, but rather a necessary component of the universe. In fact, “it is more consistent with the attributes of the Deity to look upon miracles not as deviations from the laws assigned by the Almighty for the government of matter and of mind; but as the exact fulfilment of much more extensive laws than those we suppose to exist.” All that prevented us from understanding his fact was our lack of “acuter senses and higher reasoning faculties.”

Babbage demolished Hume, whose problem was that he was trying to speak the language of mathematics without understanding it. Hume’s argument was founded on ideas of probability, a well-defined mathematical concept, which (said Babbage) he just did not understand.

Babbage then illustrated his case by comparing the universe to a great calculating machine – or as we might say, a super-computer. Imagine, he says, that you are watching the machine perform a lengthy series of calculations, and you observe that it is producing a sequence of square numbers. But when the machine produces one number that does not fit the pattern, its maker explains that he has from the beginning programmed it to produce these odd and exceptional results, and that this special programming is fundamental to the very structure of the machine. The “contriver of the machine … has power to order any number of such apparent deviations from its laws to occur at any future periods, however remote, and that each of these may be of a different kind.” God intervening to part the Red Sea might be very impressive – but how much greater is the overarching power and knowledge of a God who had pre-programmed such exceptions to natural law into the workings of the cosmic machine!

Not being a mathematical genius myself, I am of course over-simplifying Babbage’s complex arguments on this theme, which represent only a tiny portion of a staggering apologetic – and one that seems even better suited to our time than to his.

A version of this post appeared in Chronicles magazine in November 2011 as “The Miracle Program.” 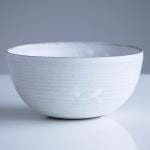 March 4, 2019 Lent and Fasting, Then and Now
Recent Comments
2 Comments | Leave a Comment
"I only came across anxious bench in the last year so just want to thank ..."
Simon Curran Ch-Ch-Changes
"Is that why you demand the right to make women slaves? Because of your own ..."
KDNDLKJ Why Do White Christians Find It ..."
"Good point. Persecution can have some surprising effects!"
philipjenkins Of Empires, Faiths, and Unintended Consequences
"Thank you for your contributions to this important debate and for your book J&JW. We've ..."
Stephanos73 A Farewell Post
Browse Our Archives
get the latest updates from
Anxious Bench
and the Patheos
Evangelical
Channel
POPULAR AT PATHEOS Evangelical
1 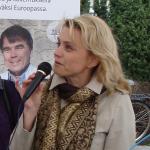 Finland Explicitly Puts the Bible on Trial
On Monday the trial began in Finland for Lutheran Bishop Juhana Pohjola...

Look At Me!
No, I mean, no, you really don't. I seriously should not be...
view all Evangelical blogs
What Are Your Thoughts?leave a comment
Copyright 2008-2021, Patheos. All rights reserved.