This sentence from a recent conversation Adam Kotsko and Sarah Jaffe had sums up my research focus well: “There’s a trend in Star Trek where gods are real — they just aren’t the kind of thing the worshippers think.”

I will write more specifically about some of the details of recent episodes of Discovery at some point soon. I must say that Capt. Pike has become my all-time favorite Star Trek captain. I never joined in the debates about who one’s favorite captain is. Why and how would I choose between Sisko and Janeway? Each has their own distinctive leadership style, and confronted unique problems. Unless I saw Kirk in charge of Deep Space Nine and Picard stranded in the Delta Quadrant, there was really no meaning to the comparisons. But Discovery’s Pike has resonated with me on a level that wasn’t true either in the original series pilot or in the reboot. That in itself raises interesting questions, similar to the question of who your favorite Bond is.

Returning to the chapter I’m currently working on, I’m currently planning to begin it with a suggestion for a Star Trek trivia question: Who is the first character on the show to refer to “god”? What’s the earliest discussion of theology in the show’s history? As you’ll already know if you read things that I’ve written about Star Trek in the past, it starts early, and any notion that Star Trek simply isn’t interested in such ideas is clearly at best an exaggeration, and quite possibly simply wrong.

Let me conclude by asking which of the “gods” and godlike entities in the Star Trek universe is your favorite. Landru? The Picard? Apollo? Q? Some other? 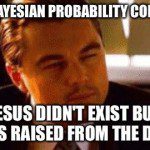 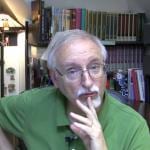 March 25, 2019 Principles for Approaching the Bible
Recent Comments
1 Comment | Leave a Comment
Browse Our Archives
get the latest updates from
Religion Prof: The Blog of James F. McGrath
and the Patheos
Progressive Christian
Channel
POPULAR AT PATHEOS Progressive Christian
1