Mark Given writes in Review of Biblical Literature, reviewing Christoph Heilig’s book Hidden Criticism? The Methodology and Plausibilityof the Search for a Counter-Imperial Subtext in Paul:

I only have one major criticism of the book: the use of Bayes’s theorem. I already know from Heilig’s preface to the Fortress Press edition (there was a 2015 Mohr Siebeck edition) that at least one previous reviewer (Miller) said his “employment of confirmation theory … is ‘unnecessary for sound historical reasoning and confusing to the reader’” (xiii). The latter is certainly true. Whether or not the theory is necessary, Heilig does not explain it well. I found myself consulting additional resources that did explain it well, and only afterward could I better evaluate what Heilig is trying to do with it. To be sure, Heilig is explicitly clear that he is not claiming Bayes’s theorem is a methodological key that can open the door to assured results regarding the subtext hypothesis. However, implicitly he often argues as if it can, or at least that it can rule out some proposals, and that leads me to my own reflections on “sound historical reasoning.” It must be acknowledged that the vast majority of historians do not employ Bayesian

probability theory, and for good reason. Bayesian theory works best with large and well circumscribed data sets of various kinds, such as doctors evaluating test results on the basis of copious previous patient statistics—and I would much rather be diagnosed by a doctor who understands Bayesian probability theory than one who does not! Further, I can certainly see how Bayesian theory could be useful in sociological research where large amounts of statistical data are available. However, even though Heilig acknowledges the problem (e.g., 34–35), I do not think he really takes seriously enough how little data we are actually working with when trying to determine Paul’s intentions regarding Rome. One has only to observe how the same small handful of relevant texts from the letters keep coming up again and again in the course of the book to be reminded of this. These letters are an incredibly small sampling of the life of Paul of Tarsus, and when one considers the rhetorical and situational nature of every one of them, the confidence that probability theory can contribute substantially to this sort of historical problem seems misplaced. Heilig says, “There is no result that is better than the best, and Bayes’s theorem is a valuable guideline in reaching it” (35). When dealing with fragmentary data from two millennia ago, almost always open to multiple interpretations, this sort of scientistic reasoning is problematic. The best result is the most accurate result, and Bayesian reasoning based on limited data might actually undermine it.

Those who are members of the Society of Biblical Literature can read the whole thing on the RBL website. It is refreshing to see efforts to explore how Bayesian probability might be used in mainstream as opposed to bizarre fringe scholarship, and to see evaluation of those efforts offered also from the perspective of mainstream scholarship. Whether Bayesian probability catches on and becomes more widely used in my field, or is judged at best unhelpful, this is precisely what is needed if we are to move forward beyond what individuals like Richard Carrier and William Lane Craig have sought to do with it.

I should also mention that the mythicists have found another quote from a major mainstream scholar to quote-mine. This time it is Paula Fredriksen, from her book Paul The Pagans’ Apostle, and the bit you may see circulating is this:

“The idea that Jews would be (actively and aggressively) scandalized by the message of a crucified messiah because of his manner of death should be retired from New Testament scholarship.”

The context is the question of whether a person who was crucified was automatically viewed as cursed by God. The context is not the question of whether a crucified Davidic anointed one was one who failed to do what this figure was expected to do. And of course, just like creationists citing biologists, the mythicists think Fredriksen trustworthy enough to quote and yet not trustworthy at all in her conclusion that there was a historical Jesus!

And of course, like anti-science creationists, mythicists defending their views on blogs and other online discussion forums share the assumption that what academics do in painstakingly familiarizing ourselves with evidence, evaluating its historical usefulness, and attempting to collate these data points into a plausible reconstruction doesn’t require any kind of expertise or specialized knowledge or training. Reconstructing what happened in the past is, whether in history or biology, something that people who don’t even know the relevant evidence well enough to describe it with consistent accuracy (something that can be challenging even for specialists!) can nonetheless share their hunches and, as long as they aren’t strictly impossible, they consider them valid.

(I might also mention that Fredriksen cites my book The Only True God, although alas, she attributes it to James M. McGrath…) 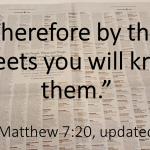 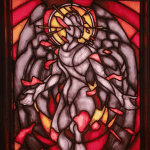 March 24, 2019 Gods of Star Trek
Recent Comments
4 Comments | Leave a Comment
"When in doubt, consult Palpatine regarding Natural/UnNatural:https://www.youtube.com/wat..."
John MacDonald Nature Gone Wild
"Can anyone point to specific sources for "The Joker’s Theology" mentioned above in terms of ..."
John MacDonald #CFP Religion and Horror
"Thanks! I'm familiar with Papoušek and Andreev, and still trying to get hold of Thrower. ..."
Mark Mythicism, Monotheism, and Mandaeism
"Oh I definitely agree that the Khrushchev Thaw basically created a more open battlefield and ..."
Chris H Mythicism, Monotheism, and Mandaeism
Browse Our Archives
get the latest from
Religion Prof: The Blog of James F. McGrath
Sign up for our newsletter
POPULAR AT PATHEOS Progressive Christian
1