I was really struck by a number of engaging aspects of a post on the Patheos blog Anxious Bench, responding to Jerry Falwell’s appeal to Jesus’ words “render unto Caesar” in support of Trump:

How might we hear Matthew 22:21 differently if we’re looking at the metallic relief of a long-dead president who held limited power for a relatively short period of time, rather than that of a living emperor with the hubris to believe himself a figure of unimpeachable power?

Perhaps we’d then hear “render unto Caesar” as a reminder that, if American Christians owe limited allegiance to any secular authority, they owe it to no one person, but to the American people, who govern themselves through elected representatives sworn to protect the Constitution. The same Constitution that keeps even presidents from benefiting financially from their position, from obstructing the work of those who investigate lawbreaking, or from inventing fake national emergencies in order to subvert the work of those who make laws.

So render to God what is God’s: your image-bearing self commanded to love other image-bearers. And render to Trump what is Trump’s: your responsibilities as an American citizen to dissent from unwise and unjust uses of American power and to hold American demagogues accountable for their attempts to play Caesar.

There have been a number of other posts and responses to Trump in relation to faith. The one that has been getting the most attention at present is certainly Pete Buttigieg, who asked whether Mike Pence abandoned scripture when he opted to support Donald Trump. But particularly important (and not only in connection withthe American president) is the New Yorker interview with Serene Jones about not only her new book Call It Grace, but her faith and her theology more generally.

There has also been a lot of discussion about Donald Trump signing Bibles. I really have nothing to add to that, since the act seems so ridiculous as to be incomprehensible. I am certain that Donald Trump does not think he is the Bible’s author. Did he just think that giving an autograph on anything, no matter what it is, is an appropriate and desirable thing for a celebrity to do? I don’t know, and that’s probably the thing that is in fact worth highlighting. With other people, we might get an attempt at justification, or perhaps an apology, that shed light on what they were thinking when they did something that made the news. Not Trump. And that in itself tells us more about him than the act of signing Bibles does.

Here are some other blog posts of interest related to Jesus, Law, ethics, politics, economics, and other such matters (including some that are almost entirely unrelated to the seemingly endless daily stream of blog posts and articles about Trump, that we have to choose from nowadays):

Jesus as Critic of Hypocrisy, Then and Now

Jim Burklo on Jesus’ ethics and putting a fence around Torah

Jesus Was a Socialist 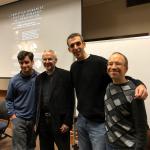 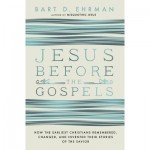 March 15, 2019 Archaeology and Jesus
Recent Comments
8 Comments | Leave a Comment
"That's a great question to bring into this discussion! It is really hard for us ..."
James F. McGrath “To Your Tents, O Israel!” A ..."
"Must be why the Republican party is purging anyone who won't fell@te trump."
Bones Understanding Whiteness
"this sounds really cool."
Brandon Roberts Brandon Hawk, Apocrypha for Beginners
"I have told you what CRT is twice.Twice poisoned:As Candace Owens notes, CRT is a ..."
Bob Shiloh Understanding Whiteness
Browse Our Archives
get the latest from
Religion Prof: The Blog of James F. McGrath
Sign up for our newsletter
POPULAR AT PATHEOS Progressive Christian
1