Render Unto Trump What Is Trump’s

My boss recently announced that he’ll retire in 2020, so our university is about to begin a presidential search. It’s early, and time will tell what criteria move to the top of the committee’s list. But I’ll suggest right now that we refuse to hire any president who would tweet something like this: “You nuts attacking @realDonaldTrump for securing the border need to show me where Jesus told Caesar how to run Rome. Jesus taught personal charity but went out of His way to say render unto Caesar that which is his. Jesus never told Caesar to let barbarians illegally enter Rome.”

You nuts attacking @realDonaldTrump for securing the border need to show me where Jesus told Caesar how to run Rome. Jesus taught personal charity but went out of His way to say render unto Caesar that which is his. Jesus never told Caesar to let barbarians illegally enter Rome.

Believe it or not, this particular Twitter user is the president of the largest (or second largest) Christian university in the country. He then followed the tweet with a series of brusque rebukes to critics, including “DUH,” “DUMB,” and “You’re a complete idiot” (twice).

So no, this is not a sophisticated argument being made in good faith. Try to imagine Jerry Falwell, Jr. — who has previously used Twitter to ask why the Department of Justice refused to “lock up” Barack Obama and Hillary Clinton — using the “render unto Caesar” logic in support of a Democratic president being criticized by Christian conservatives. (“You nuts attacking @ewarren for wanting to tax billionaires need to show me where Jesus told Caesar how to run Rome.”) Or imagine Falwell issuing an abortion-related version of the tweet (“Jesus never told Caesar to protect unborn life”) instead of one that likens Central American refugees to “barbarians.”

Still, Falwell did broach a significant question that deserves more careful thought by Christians: How should our faith as followers of Jesus Christ bear on our conduct as citizens of any secular polity? When Jesus handed the denarius back to the Pharisees and told them to “render… unto Caesar the things which are Caesar’s; and unto God the things that are God’s,” did he provide a lesson for 21st century Christians who participate as citizens in a very different kind of government than the Roman Empire?

What about a few verses later, when Jesus met another Pharisee test by stating the Greatest Commandment: is “love thy neighbor” pertinent to how Christ-followers approach immigration policy? Or do the words of the 25th chapter of the same gospel have implications for how we address hunger, health care, or incarceration?

As our friend John Fea has pointed out, Liberty University itself emphasizes Christian worldview formation; its school of government teaches classes “from a conservative Christian perspective… Instilling a Christian sense of justice and civic duty in our students….” But Liberty’s president expanded in this way upon the “render unto Caesar” tweet:

People who believe civil government should operate according to the teachings of Jesus (like I try to do in my personal life) apparently think the US is a theocracy. It is not. Our Founders fought the Revolutionary War to avoid rule by kings claiming Sovereignty and Sharia law!

What Falwell doesn’t mention is that our Founders’ revolution was anathema to Loyalist Christians who found Matthew 22 as helpful to their cause as Romans 13. In a 1780 sermon preached on the anniversary of the “martyrdom” of Charles I, Anglican bishop Charles Inglis claimed that “Render unto Caesar” was Jesus’ attempt to place “our Obligation to, ‘Honour the King,’ in a striking Light, however it may be disregarded by some People. Duties which God hath thus united and joined together, no Man should ever presume to put asunder.” Did Falwell really mean to affirm something like Inglis’ conclusion: that Jesus’ kingdom “did not interfere with earthly Kingdoms—its Spirit and Design were totally different, and it was to be promoted and administered by other Laws and Measures. His Apostles unanimously inculcated Submission and Obedience to the higher Powers”?

That historical inconvenience — and the gratuitous Islamophobia (“Sharia law”!) — aside, there’s a kernel of truth in Falwell’s second tweet. Inglis’ Patriot opponents did not mean U.S. to become a theocracy.

So I do wrestle with how I can reconcile my conviction that the Lordship of Jesus has political implications with my conviction that church and state should be separate. I tend to think my religious beliefs and values should shape how I respond to important questions of policy and governance — but also have no desire to coerce others to affirm those beliefs and values. The clearest implication of Matthew 22:21 is that we — living images of God — should render ourselves to God… but does that include our politics?

But we need not dwell on those questions today. Because you don’t need to be a person of the Christian faith, or any other, to know the damage being done by the particular American Caesar to whom Falwell has long since pledged personal allegiance. You just need to want to defend America’s particular system of government.

I think one way to see the problem is to think back to the object at the center of Jesus’ encounter with the Pharisees.

“Show me the coin,” Jesus told them. “Whose head is this, and whose title?” Try it yourself. Show yourself a coin in your pocket, and see what head and title comes before your eyes. (This illustration becomes less useful as we march into a cash-less future, I know.)

Our British readers will see their current monarch — just as Romans did in Jesus’ time. (Not that Elizabeth II has much in common with Tiberius.) But my fellow Americans will see something different: the face of George Washington, Thomas Jefferson, Abraham Lincoln, Franklin D. Roosevelt, or another past president.

Not the current chief executive and head of state. Not Donald Trump.

In fact, it wasn’t until the twentieth century that the faces of any presidents appeared on American coins. Lincoln was the first, gracing the penny as of 1909. The Washington quarter (1932) and Jefferson nickel (1938) followed, with FDR and JFK appearing on the dime (1946) and half dollar (1964), respectively, in the wake of their tragic deaths.

Why is it significant that Americans took so long to put even past presidents on coins? The U.S. Mint explains:

Like our representative government itself, the images chosen to appear on American coins were another statement of difference between the system against which American colonists rebelled and the government for which American citizens would work. England was just one in a long line of civilizations that routinely paid tribute to their current sovereign by engraving his or her portrait onto the coins of the realm. That tradition extended back to the very beginning of coins as medium of exchange. Emperors and kings have always been so honored… With respect to the images that would be featured on American coins, the Mint Act of 1792 specifically states “…there shall be the following devices and legends, namely: Upon one side of each of the said coins there shall be an impression emblematic of liberty…” The elected representatives knew that they could more effectively strengthen the democratic principles on which the nation was formed by stamping coins with designs of Liberty rather than an image of President George Washington.

Starting with Lincoln’s 100th birthday, and then in anticipation of the bicentenaries of Washington’s and Jefferson’s births, Americans started to break with this tradition, but in the understanding that the faces continued to symbolize something beyond the individuals themselves. We may see the image of Washington or Lincoln, but quarters and pennies are meant to make us think of the “democratic principles on which the nation was formed.”

So how might we hear Matthew 22:21 differently if we’re looking at the metallic relief of a long-dead president who held limited power for a relatively short period of time, rather than that of a living emperor with the hubris to believe himself a figure of unimpeachable power?

Perhaps we’d then hear “render unto Caesar” as a reminder that, if American Christians owe limited allegiance to any secular authority, they owe it to no one person, but to the American people, who govern themselves through elected representatives sworn to protect the Constitution. The same Constitution that keeps even presidents from benefiting financially from their position, from obstructing the work of those who investigate lawbreaking, or from inventing fake national emergencies in order to subvert the work of those who make laws.

So render to God what is God’s: your image-bearing self commanded to love other image-bearers. And render to Trump what is Trump’s: your responsibilities as an American citizen to dissent from unwise and unjust uses of American power and to hold American demagogues accountable for their attempts to play Caesar.

March 11, 2019
Christianity and Other Faiths: A New Course
Next Post 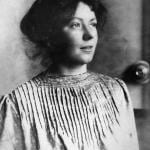 March 13, 2019 The Conversion of a Feminist
Recent Comments
4 Comments | Leave a Comment
Browse Our Archives
Related posts from Anxious Bench