Christianity and Other Faiths: A New Course

(Note: I am currently working on a small-grant application for a new course entitled “Christianity and Other Faiths: Historical Perspectives, Contemporary Engagements.” This is a work in progress but the grant narrative is below. I invite feedback.)

Title and Description of Course

“Christianity and Other Faiths: Historical Perspectives, Contemporary Engagements.”
This new course will be introduced in Valparaiso University’s four-year interdisciplinary honors college (cross-listed in theology and history) to coincide with the release of two of my forthcoming books: The Faiths of Others: Modern History and the Rise of Interreligious Dialogue (_____ University Press) and The Idea of Tradition in the Late Modern World: An Ecumenical and Interfaith Conversation (Wipf & Stock). The former will be the first major synthetic intellectual history devoted to understanding the rise of the phenomenon we designate as “interreligious” and “interfaith” in the modern age; the latter (of which I am the editor) brings Christian, Muslim, and Jewish scholars together to discuss how they define “tradition” and the challenges and opportunities that various religious traditions face in contemporary (late modern) culture.

Seated in a historically Lutheran university (but with a diverse student body), the course aims to familiarize students with how Christians have approached other faiths historically and what can be learned from these approaches, whether positively or negatively, for contemporary interfaith engagements. The course will also consider how other points of view have regarded Christianity. Crucially, the course will problematize the term “faith” for students and apply it not only to account for what we commonly think of as “religions”–principally Christianity, Islam, and Judaism–but also to two powerful, secular modern worldviews/ideologies: socialism and nationalism.

Learning Outcomes
-Familiarize students with some of the “basic tenets” of Christianity, Islam, Judaism, socialism, and nationalism

-Give students a vocabulary to think about religious and ideological alterity

-Give students an opportunity to visit area churches, mosques, and synagogues

-Invite students to value the virtue of what the early-modern Christian theologian Nicholas of Cusa called “learned ignorance” (doctrina ignorantia), intellectual humility derived from knowledge about the complexity of things

-To instill in students (and myself) other core virtues for living (and offering leadership) in a pluralistic democracy: respect, kindness, self-awareness, prudence, justice, and more.

Engaging Interfaith Studies Themes
Honestly, the course seems to touch on practically all of the eight interfaith studies themes, but permit to identify three:

Interdisciplinarity: Trained in intellectual/cultural history, I have long written about theological and religious topics. The course will reflect this reality and invite students to think historically, theologically, and religious-studiesly (if I may coin a term). It will also draw some insights from political theory, sociology, anthropology, and American studies.

Religious Literacy: As mentioned, the course will aim to increase their religious literacy as it pertains to Christianity, Islam, Judaism, nationalism, and socialism. In some cases, the “religious” and the “political” aspects of the case could be combined. For example, a student could take up a research topic that explores: “To what degree is Zionism a religious or political/nationalist phenomenon?” or “What can people of non-Jewish backgrounds learn from Abraham Joshua Heschel’s political engagement during the Civil Rights Ear?” or “Does Marx’s notion of a desired future with stateless, classless society share things in common with religious millennialist ideas?”

Questions, Concerns, Reservations
Students may be puzzled at my application of “faith” to political ideologies. I will need to recognize this and make my case with nuance and appropriate caveats. In doing so, I hope to make them think (in a Wittgensteinian register) about how our terminology and categories shape thought and action.

Given the Lutheran character of our institution, I will need to be especially sensitive to students from non-Christian and secular backgrounds and make them feel that they are equally “players at the table.” (I also suspect that they might have the most to offer the class.)

Students will likely come to the class with widely varying degrees of general religious literacy. I will need to take this into consideration and devise ways to bring all “up to speed.” In the past, I have invited students to my office for a brief primer on X or have directed them to many quality on-line resources.

Personal Goals
-To translate my recent research into undergraduate pedagogy

-To deepen my own knowledge of other faith traditions, especially Judaism and Islam

-To make a substantive contribution to an irenic, pluralist, and religiously-informed campus ethos (The course’s first offering will likely occur when I give a campus wide-lecture on “Interfaith Dialogue and the Christian Intellectual Tradition,” so I hope to bring the concerns of the class to the larger campus community)

-To contribute perhaps a small bit to tikkun olam, repairing the world 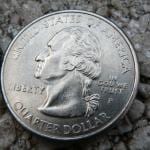 March 12, 2019 Render Unto Trump What Is Trump's
Recent Comments
2 Comments | Leave a Comment
"A church that tacitly supports lynching because "it's inevitable" is absolutely countenancing it.You say the ..."
swbarnes2 What We Can Learn from Pastors ..."
"This is a well-reasoned article seemingly backed up by valid data. Thank you."
Maine_Skeptic Refugees and the Enduring Cruelty of ..."
"The commentary on the Bible of Kralice (from 1579; https://en.wikipedia.org/wi... says this (my own translation ..."
mcepl I Gave Them Laws Through Which ..."
"Weren't the Septuagint translators Jewish? The texts they had access to, we do not have ..."
giovanni barca Bitter Words and Inspired Scriptures
Browse Our Archives
get the latest updates from
Anxious Bench
and the Patheos
Evangelical
Channel
POPULAR AT PATHEOS Evangelical
1