I initially thought I would most likely explore the stories of these two women in separate chapters. But having looked at them closely, I don’t think it is just the author of the Gospel of Mark who forces them to be connected. Unless Mark, our earliest source, is completely off base, they are inherently related to one another. Mark, to be sure, uses his characteristic method of sandwiching one story between the beginning and end of another to prompt us to interpret them in conjunction with one another. But the fact that the author likes to do this doesn’t mean that he is wrong to think it appropriate. In this instance, at any rate, interesting things happen when we follow Mark’s prompting. Mark also depicts the young girl as being around 12 years old, and the woman has having had her hemorrhaging for 12 years. Surely the storyteller expects us to ask what the connection is! I’m increasingly persuaded that the Gospels were memory aids for early Christian storytellers, and that the audience was expected to notice intriguing details and ask about them. I have come up with my own answer to the question of what the intrinsic connection between these two women is. I will share that in the book. What’s yours?

Donald Capes has an interesting discussion of the activity of Mesmer in his book Jesus the Village Psychiatrist which explores these episodes. He also points out that, if Jesus didn’t mean it when he said that the girl was not dead but sleeping, and we are supposed to nonetheless understand her to have been dead, then this would be the only instance in the Gospels in which Jesus is depicted as stating something that was not true!

Also relevant to the interpretation of this story:

Richard Beck wrote about the effect Jesus had on dead people.

Contradictions in the Gospels

Are These Really Contradictions? My Response to Matt Firth

My First Sermon: The Faith of a Woman

The Social Aspects of Illness

Power Had Gone Forth From Him

The Tomb of Hygeia, Untouched by Marriage and Offspring

Of related interest, on menstrual impurity and sacred space in another tradition, in a different time and place. Reading Religion has a review of Daughters in the Hebrew Bible.

Why I Write for WIT: Contributing from My Means 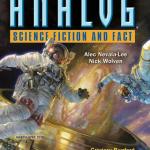