Which Way is Mecca from Mars?

Mars has been in the news again a lot over the past year, as humanity’s robot explorer “Opportunity” was declared not merely defunct but “dead.” Meanwhile, the rover named “Curiosity” checked in before moving on from its current location. Puffs of gas that hints at the possibility of life, and the discovery of more water, have kept us intrigued.

In some future short story or novel set on Mars, it would be interesting to explore how Muslims who find themselves on the Red Planet pray. I have been working on a couple of science fiction stories recently, and one of them involves Mars. But I won’t be including the question of which direction Muslims face when praying on Mars in this particular story, since that isn’t its focus, and introducing that element would be gratuitous. If I ever expand the story towards a novel, then who knows. And I might reconsider this, since I probably could work this in if I really tried. I’ll have to decide whether the discussion of religion that is already part of the story is sufficient.

Is there prayer on Mars?

The UAE’s Mars plans made the news. I can’t tell whether this meme about that is satire or serious: 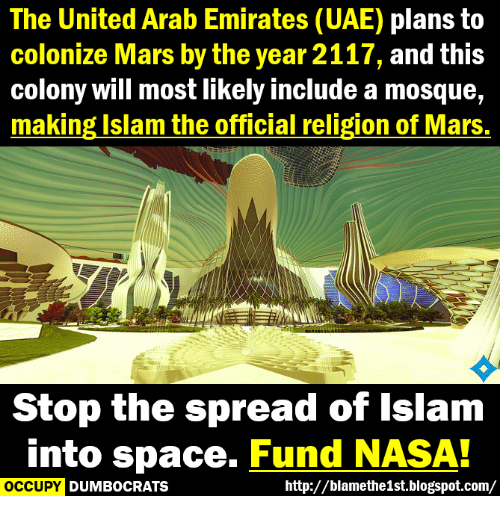 You can now check the weather on Mars each day. I don’t know if that includes dust storms.

We went from merely seeing signs of past water and asking where it went, to being amazed how much water has been discovered (in the form of a massive amount of ice)

A simulated Mars mission in the Chilean desert

Finding clay, chaos, and fettuccine on Mars, as well as signs of past rivers

Several outlets reported on methane spikes, which hints at the possibility of life in the present, although past life continues to be more probable.

Looking for life via fettuccine

Silica aerogel may help us grow plants on Mars

A creeping robot that may be useful for exploring other worlds

Mars can play a role in cinematic storytelling about climate change

In case you wondered what Mars rovers sound like

What do you consider the most interesting Mars news of late? What kinds of science fiction stories involving Mars have you enjoyed, or have you never come across but think ought to be written?

More generally about pushing the boundaries of space exploration was a Skeptic podcast. Here’s a bit of the blurb about it:

Zubrin shows how projects that sound like science fiction can actually become reality. But beyond the how, he makes an even more compelling case for why we need to do this—to increase our knowledge of the universe, to make unforeseen discoveries on new frontiers, to harness the natural resources of other planets, to safeguard Earth from stray asteroids, to ensure the future of humanity by expanding beyond its home base, and to protect us from being catastrophically set against each other by the false belief that there isn’t enough for all.

There was also a video visualizing humanity spreading through the galaxy, and news about the effect of radiation on astronauts.

Finally, given the celebrations of the 50th anniversary of the Apollo 11 lunar landing, let me also share a few links related to the moon here, lest our planet’s natural satellite feel left out…

Bishops and astronauts gather in Washington to remember Apollo 8

Fifty Years Later… The Many Meanings of Apollo 11

Man and the Moon

See also how moon landing conspiracies spread prior to the internet, a piece that connects the moon with canon, and an article in Physics Today. 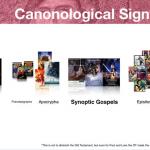 July 22, 2019 Skin
Recent Comments
3 Comments | Leave a Comment
"There can be more than one anti-christ in an age (see 1 John 2:18) . ..."
David Trump as Antichrist
"Is it "Narcegesis” with an "e," emphasizing from the root word eisegesis, or "Narcigesis" with ..."
John MacDonald Narcegesis
"This is sad, the way it uses "making up our own minds" to support the ..."
James F. McGrath Not Liberal, Just Literate
"You don't think Extinction Rebellion are religious zealots?"
Scott Not Liberal, Just Literate
Browse Our Archives
Follow Us! 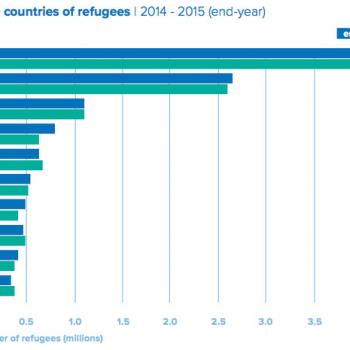 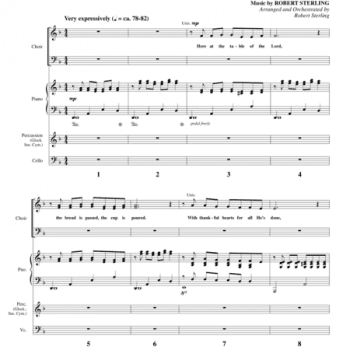