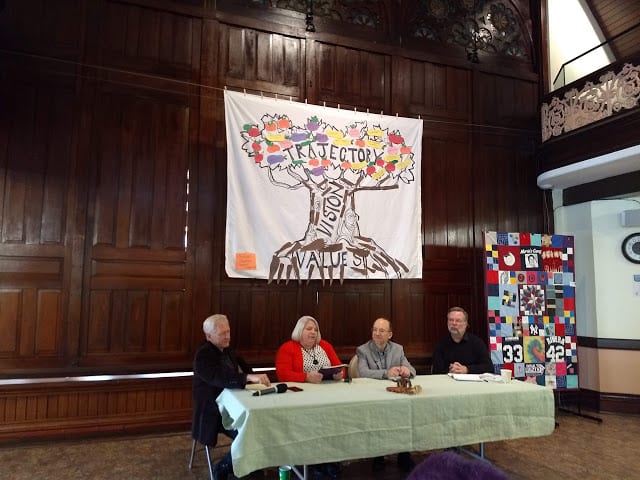 I thought I would share the thoughts that were part of my panel presentation as part of this year’s Spirit and Place Festival, just before the performance of John Rutter’s Requiem. My qualification when the panel was organized was the fact that I teach a course on the Bible and music, and love Rutter’s music. Before the event took place, I added additional qualifications as my father passed away and I attended a concert the following day for which my family already had tickets, which helped me to explore and experience my grief.

The Psalms represent at the same time the most accessible and the most troubling part of Bible. They have been turned into pop songs (Melodians/Boney M, U2), but sometimes with noteworthy omissions (what is left out of “By The Rivers Of Babylon” is especially striking, if understandable, but worth noticing and reflecting on all the same). Imprecatory psalms like this one – that is, psalms that curse or wish ill upon enemies – can be difficult for some who come to the Bible expecting it to be divine words rather than human ones. When we recognize that the Psalmist behind Psalm 137 had lost his or her own children in the Babylonian siege of Jerusalem, we understand the raw emotion expressed in this lament in a new light. It is not merely wishing others harm, but that desire that those who caused one pain be made to feel that pain themselves. Complaining is arguably one of the most neglected aspects of biblical piety.

The work as a whole features significant links between the beginning and the end (both in the words and the music). But there are also echoes throughout, and in particular the Pie Jesu includes musical echoes of more than one theme from the first movement.

For me, the piece mirrors the trajectory of the Bible from Genesis to Revelation, light in the beginning and then at the end, order and hope emerging out of chaos. Reflecting on this I found it noteworthy how creation connects with lament in Job chapter 3: Job curses the day of his birth (i.e. wishes he had never been born), attempting through negations and inversions of key words from Genesis 1 to bring about an undoing of his own creation. Rutter likewise brings us back into chaos (musically) before light appears.

The second movement has a dramatic and moving cello part that for me recalls the Eastern European Jewish tradition of mournful playing of string instruments, while the vocal cadences are reminiscent of those in African American spirituals. Polyphony with a different character emerges to address Israel, before the sparser vocal line of the human calling to God for help returns.

There is a lot of back and forth, as fits the experience of grief. The Sanctus is majestic and hopeful, the Agnus Dei minor and somber. The alternation continues with Psalm 23 contrasting with the feel of Psalm 130, as well as continuing the alternating peaceful and troubled feeling as we move from movement to movement. And then again, each movement itself includes contrasting emotions. That is the experience of grief, of loss, of mourning, and music helps turn the words into something that we connect with emotionally at a deeper level. Right in the heart of the 6th movement, “The Lord Is My Shepherd,” we get a back and forth between choral voices in lament and an oboe attempting to restore the pastoral calm, before the come back together in harmony once again.

The ending feels less than final, as do so many of the psalms are. This expresses hope, expectation, looking beyond the moment in uncertainty.

As many will know (although I refrained from mentioning it in the context of the panel) Rutter is an agnostic – one who turns time and again to biblical texts as sources. Agnosticism and the Psalms mesh nicely together (although perhaps not quite as well as some of the wisdom literature).

You can read more from the composer’s own perspective in album notes available on his website. Also of possible interest:

The Guild Of Biblical Musicalists

And finally, if you’ve never actually listened to John Rutter’s Requiem, or if you have never listened to it closely, here is a version that is on YouTube. Let me know whether your impressions of it are similar to or different from mine, and what you think of my comments above after listening to it. And may it bring you comfort in whatever you are going through… 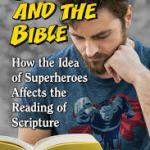 November 15, 2019
Review of Nicholaus Pumphrey, Superman and the Bible
Next Post 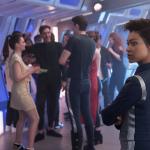 November 17, 2019 Transgressive Women in Speculative Fiction #CFP
Recent Comments
0 | Leave a Comment
"James I highly doubt this will have any long lasting effects considering the major flaws ..."
Caddy Make a Lasting Difference
"I'm always amused by apologists who think that the Corinthians would have traveled hundreds of ..."
VinnyJH Christians and Internet Rumors
"I love this article. Social media has shown me some very disappointing sides of certain ..."
Phil Ledgerwood Christians and Internet Rumors
"I was taught that "Amen" means something different than 'you may be seated. There are ..."
Deborah Harding The “Original Aramaic Lord’s Prayer” is ..."
Browse Our Archives
Follow Us! 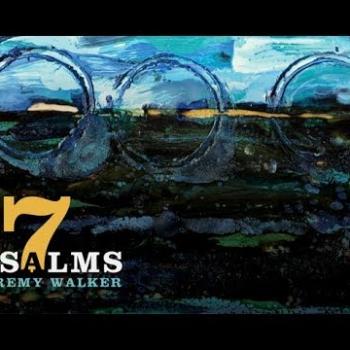