I am delighted that Matthew Korpman has revived his blog, and even more so given the topic of his first post in more than a year is about Baby Yoda and apocrypha. He starts the post with this:

That is so much like what happens with the Bible, such a great analogy.

I just finished (or at least, I hope I’ve finished) making revisions to a chapter I wrote about Star Wars and canon, and so this topic is very much on my mind.

Of related interest, IO9 had news about our fascination with canon and a possible negative impact thereof (which I recommend reading with the Bible rather than Star Wars in view if you’re interested in the former rather than the latter), the promise of a Mandalorian documentary, and a detailed look at the Mandalorian’s ship. On the use of canon in the textual sense, see this post by Ed Gallagher. See also this one from Eddie Arthur:

And if you Google “canon” and “Baby Yoda” you find this meme: 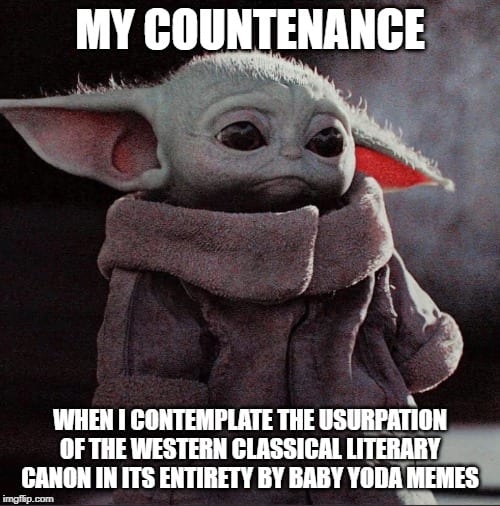 The first of the above posts, about assigning to students to write Ancient Near Eastern Mythology Fan Fiction, will have applicability to those who teach all sorts of topics related to ancient literature. The second is about the use of terminology related to illegitimacy of parentage as a metaphor for inauthentic literature, with some exploration of the implications of using that kind of language. 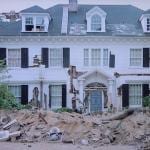 April 24, 2020 Vocation and Interreligious Engagement at #NetVUE2019AAR #AARSBL19 Part 3
Recent Comments
0 | Leave a Comment
Browse Our Archives
get the latest from
Religion Prof: The Blog of James F. McGrath
Sign up for our newsletter
POPULAR AT PATHEOS Progressive Christian
1