I think it appropriate that reasonable people of faith begin to refer to Trump as antichrist. I don’t come to that conclusion lightly…The obvious contradiction between Trump and his administration’s response to white supremacists and to those protesting on behalf of black lives demonstrates a demonic force at work that must be named by all of us who at baptism pledged to resist sin, death, and the devil, “the spiritual forces of wickedness,” or “the evil powers of this world which corrupt and destroy the creatures of God.” It is time that we call Trump what he is, an antichrist, and pastors and faithful Christians must start doing so from their pulpits, Sunday School classes, bible studies, and whatever means are available.

I’ve written about this topic before. But I want to add a little here because, on the one hand, we recently concluded a study of 1 John in my Sunday school class, and the idea that there will be a single “Antichrist” a la Left Behind itself reflects the lack of biblical literacy even among religious people in the present day; and second, because I saw someone I know well posting outlandish conspiracy theories in an effort to defend Donald Trump and malign his opponents. Excusing the sins of the powerful while fabricating worse sins allegedly committed by their opponents is most certainly the spirit of antichrist and deserves to be labeled as such. One doesn’t have to believe in literal personal spirit beings such as demons to identify racism and tyrrany as demonic. Many liberals shy away from such words. They should be part of our vocabulary, used of course in a way that makes clear what our convictions are and mean so that we are not misunderstood. Being inclusive, being committed to nonviolence, being opposed to bigotry and lies are (and must be seen to be) stances that are the opposite of some wishy washy idea of love and kindness for all that serves the purposes of antichrist as avoid saying or acting anything that might possibly offend someone. As Lenny Duncan writes in Dear Church, “It’s time to stop prioritizing tradition and civility over the lives of the marginalized. Our well-meaning desires to be tolerant and welcoming have left us ill equipped to face radical evil.”

For those of us whose paradigm is Jesus, we must not only name the name of Christ if we want to truly be his followers. We must appropriately name and oppose that which is anti-Christ as well. This does not mean to demonize someone like Donald Trump. On the contrary, in recognizing the demonic for what it is, we must recognize that it is precisely the demonic that engages in demonization. In calling Trump antichrist, we do not demonize him, but apply the appropriate label to one who demonizes others, and find nonviolent but non-passive ways to resist, advocate for, and embody a different way of being.

Also related to this topic are an interview with Bryan Massingale, advice from Peter Marty to Trump about the Bible, as well as the following:

Tim Gombis has had an excellent series of this is but one post:

The Anemic Individualism of White Evangelicalism

To Better Understand the Destructive Myth of White Supremacy, Read this Book

Ron Sider has spoken out:

Will Evangelicals Remain Silent in 2020?

Bless Me with Anger at White Supremacy

Evangelicals Hit the Streets for Justice

On #BlackLivesMatter, colour blindness, centering, and Aboriginal deaths in custody

Southern Baptist Head Admits “Black Lives Matter”… But What Will He Do Now?

Finally, here is a call for videos about religion and Covid-19, with intersections with politics, conspiracy theories, and end times ideas all explicitly mentioned. 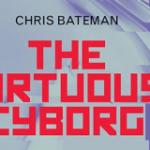 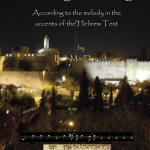 June 12, 2020 A Call for Compositions Setting Biblical Texts #CFP
Recent Comments
0 | Leave a Comment
Browse Our Archives
get the latest from
Religion Prof: The Blog of James F. McGrath
Sign up for our newsletter
POPULAR AT PATHEOS Progressive Christian
1