I’m going to get to a collection of links related to three areas of interest of mine, all of which start with the letter “M” and have something to do with Jesus, but are not directly linked to one another in most other ways. But first, here are some things I wrote on Facebook in comments responding to a person who made the not merely false but ludicrous claim that ‘”Jesus Christ” was also a title that meant “anointed one.”‘

You’re badly misinformed, right from the start. “Anointed one” is the meaning of the words transliterated as Christ or Messiah. Jesus is a common name, Joshua. “Jesus Christ” is not a title. And the application of the title “anointed one” to this man named Joshua indicates that some people thought he was the expected restorer of the dynasty of the anointed line of kings descended from David to the throne. It is unlikely that they invented a royal claimant and flagged him as such and then invented his failure to establish his rule and his execution by the Romans. You’re point to absence of evidence that is unsurprising, concocting a half-baked notion from misinformation and half-truths, and failing to apply historical reasoning to the evidence we do have. Extremely disappointing.

And responding to someone who responded to the original post by appealing to faith:

Faith does not allow historians to bypass historical methods. Unfortunately mythicism, like belief in Jesus’ divinity, is a matter of faith that actually inverts what the Letter to the Hebrews and uses faith as an excuse to not believe the evidence of what can be seen. Jesus mythicism is like young-earth creationism, Holocaust denial, the QAnon conspiracy theory, and so many other things. It illustrates how intelligent people can apply rigorous logic and skepticism in selective ways to a small subset of evidence while excluding all other evidence that does not fit their desired conclusion, and persuade themselves that they are right while the vast majority of relevant experts are deceived and/or deceivers and/or wrong.

Randal Rauser had a debate with a mythicist recently, and wrote about it in a post that includes the following:

Incredibly, Smalley then went on to suggest that there is a good reason to believe Jesus never existed at all. His reason? Jesus mythicists. Keep in mind that one could count the number of mythicists who have terminal degrees in the relevant disciplines on one hand. Oh, and I also noted that the mythicists are all high profile atheist activist-apologists. When I pointed out the absurdity of Smalley rejecting a consensus of biblical scholars in favor of a handful of vocal fringe atheist activists, he said many of those thousands of scholars who teach at public universities are forced to sign confessional statements. This is simply ignorant: research universities do not require confessional statements from their faculty. Smalley is, at this point, no different from Ken Ham who rejects the consensus of evolutionary biology by attributing nefarious and inept motivations to the consensus of scholarship.

I’ll return to this topic with an infographic that I shared previously which is no longer where it was, and so I will share it again. But first, let me explore some other “M” topics. There’s a new book I will obviously need to read, Two Gods in Heaven: Jewish Concepts of God in Antiquity by Peter Schäfer. I’ve written about the “two powers” tradition in Judaism and how it relates to monotheism and Christianity in my book The Only True God but you can find an earlier version of that study online here. The idea of “two powers” also came up here:

Monotheism and the Shema: Lessons on Oneness and Unity by Ivy Helman

Moving on to Mandaeism and a scholar who fits nicely with our alliterative theme, Matthew Morgenstern talks about the state of our knowledge of Mandaeism in light of the different kinds of sources we have.

Simon Joseph has a new article out on Jesus as Jewish mystic (another “m”!). David Capes blogged about the idea that Jesus was a leper, and Phil Harland shared some course-related materials and thoughts:

Mike Bell has a new series about Jesus in the Gospel of Mark. Here’s one of the posts:

Finally, as I mentioned earlier, I discovered that an image I shared previously has disappeared from the place where I shared it. And so the obvious thing to do is share it again! 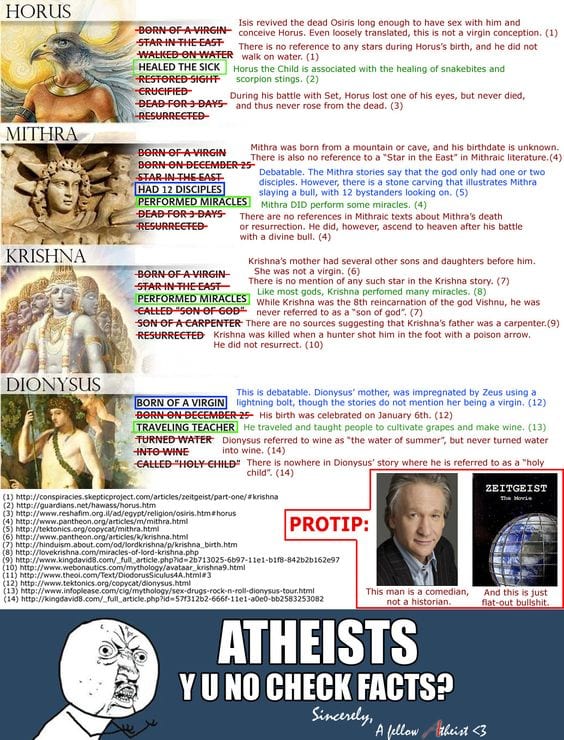 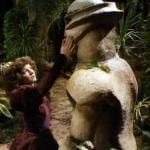 September 14, 2020
Doctor Who: The Keeper of Traken
Next Post

September 16, 2020 Doctor Who: Logopolis
Recent Comments
0 | Leave a Comment
"You might be interested in Edgar Cantero's novel "Meddling Kids". It's a genre-flipped version of ..."
Josh Hauck Scooby Dooby #CFP!
"One of the takes on Theology from popular culture that had the biggest influences on ..."
John MacDonald #CFP The Image of Religion & ..."
"Hep"
Natasha Brown “Certainty is Hubris and Arrogance Masquerading ..."
"It is from a piece I wrote that the Secular Web posted: http://www.talkorigins.org/..."
EdwardTBabinski Inerrancy is for Slavery
Browse Our Archives
get the latest from
Religion Prof: The Blog of James F. McGrath
Sign up for our newsletter
POPULAR AT PATHEOS Progressive Christian
1