Time for another collection of articles and other links related to the intersection of technology, ethics, and religion.

I suppose the recent Tesla crash and whether any human was driving is the place to start.

Pure mathematics and writing come out of the same creative space

Covalence for April: Pseudoscience is not new, but it is still making news

In Our Hurry to Conquer Nature and Death, We Have Made a New Religion of Science

Why Computers Won’t Make Themselves Smarter

AI Makes Room For Innovation By Automating IT Tasks

The End of the Conflict Between Religion and Science

Life in the Post-Human Landscape

A Magisterium for Science

Science: Neither a Big Box of Facts Nor a Big Cloud of Hot Air

When Google Drive Goes Down

Using humor rather than scorn to fight science-denial

Will the crucible of virtual ministry transform the church or be put aside?

NASA’s search for life beyond Earth

The quest to tell science from pseudoscience

Can Anyone Explain This Pandemic-Fueled Christian Propaganda Film to Me?

Immersive Learning Takes Students Out Of the Classroom

A call to prayer

Human-animal chimeras were in the news recently.

The terminology of “denier”

I’m not worried about what to do if students start a Discord server for my class. I’m wondering why more faculty aren’t starting these themselves!

Open Access: The case for not hiding our scientific and other research behind a paywall

What monkeys can teach humans about resilience after disaster

Somewhere out there: Corporate utopias of space and sea

Futureproof and the impact of technology on academia

Can the imaginary part of quantum mechanics be observed?

Evolution of the human brain 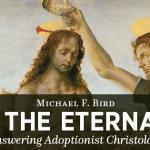 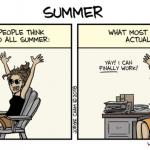 May 2, 2021 Summer Plans
Recent Comments
0 | Leave a Comment
"Did you read the post or did you just see the title and do what ..."
James F. McGrath Mythicism and the Early Christian Band
"It must be sad, first, not to be able to tell the difference between ghost ..."
Vance Morgan Think Outside The Box (The Cutest ..."
"HA.I don't believe the silly ghost stories you fell for.P.S. thankfully for you, there were ..."
Patrick O'Malley Think Outside The Box (The Cutest ..."
"See also 4Q372 f1,4-5.11 (speaking even of the Southern Kingdom of Judah):... He gave them ..."
robrecht All Israel Will Be Saved
Browse Our Archives
get the latest from
Religion Prof: The Blog of James F. McGrath
Sign up for our newsletter
POPULAR AT PATHEOS Progressive Christian
1