I still love The X-Files, but the mythology of that show was squarely far off on the Them side of the conspiracy spectrum of paranoia. That wasn’t because Chris Carter was himself a paranoid conspiracist, but because he recognized that the fantasy world of paranoid conspiracists makes for a more exciting story. It provided a host of villains and antagonists to prove the mettle of our heroes.

And that, I believe, is also what motivates most “belief” in conspiracy theories and pushes them further and further along the spectrum toward the more paranoid, more harmful end. It’s a search for excitement and a way to create villains that will make “believers” seem or feel or pretend to feel like more of a hero.

It’s this need and desire for meaning and excitement, the need to feel like a hero, that accounts for much of the anger, resentment, and hostility that conspiracy theorists demonstrate when they react to evidence that debunks the existence of their longed-for villainous “Them.” This is not the courageous anger of a hero boldly standing up against evil despite overwhelming odds. It is, rather, the whining anger of someone upset that you’re threatening to spoil their game.

And it is a game — a kind of fantasy role-playing game or LARP. QAnon is, essentially, an MMPORG — a massively multiplayer online role-playing game. To participate is not to become a “believer,” but to become a “player.” And no player is ever quite fully able to immerse themselves in the make-pretend reality of the game to such an extent that some part of them is not aware of that.

This, again, is why trying to debunk paranoid conspiracy theories with facts and evidence and logic tends not to work. The game provides an in-game explanation for all of that, dismissing inconvenient facts and evidence as the work of “Them.” But more importantly, all those facts do not and cannot address the deep need for meaning and excitement — or, at least, for a passable imitation of them — that the player first turned to the game to find. They “believe” in the game because, even if they semi-consciously know it’s not real, they believe it’s the closest they’ll ever get to meaning and excitement and being able to think of themselves as heroes.

This is what accounts for the indomitable “Nothing will ever convince me otherwise” aspect of their commitment to pretending to believe in the game. And I fear that even the possibility of catching, spreading, and dying from an undeniably real pandemic virus won’t change that.

They’re stuck in the game, stuck in preferring the game to reality, until and unless we can convince them of some other meaningful source of meaning. They want and need to be heroes. If we’re going to convince them to stop playing games, we have to show them that’s possible here in reality.

Read the rest on his blog. See also the articles “Did the X-Files Prime Us for the QAnon Era?” and “The Millions of Christs of America.”

The Millions of Christs of America

We can’t go on together with suspicious minds 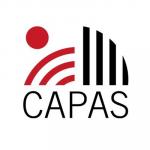 August 27, 2021 The Song of Rachel's Sister (and More Bible and Music)
Recent Comments
0 | Leave a Comment
"Under the old covenant (ten commandments), people were (and still are) racists and sexists. For ..."
Herrnhut Was Jesus a Racist?
"Reconciliation is a two-way street, restoring a broken relationship between two people. God does indeed ..."
Iain Lovejoy Forgive Us Our Debts, Not Repay ..."
"Excellent. God is not, and does not want to be, an accountant; keeping a ledger ..."
Harvey James Johnson Forgive Us Our Debts, Not Repay ..."
"Don't confuse forgiveness with reconciliation. Jesus tells us to forgive people who sin against us, ..."
Derek Thompson Forgive Us Our Debts, Not Repay ..."
Browse Our Archives
get the latest updates from
Religion Prof: The Blog of James F. McGrath
and the Patheos
Progressive Christian
Channel
POPULAR AT PATHEOS Progressive Christian
1