I have loved every single one of Rachel Held Evans’ books. I have never been as moved as I was by listening to the audiobook of her latest and presumably last, the posthumously published Wholehearted Faith. Audiobooks are not all the same. Some are read by the author. Some are read by professional narrators. This audiobook is unique in that it has a different reader for just about every chapter. Who are those readers? Rachel’s friends, and in the case of one chapter, her sister. This in itself was profoundly moving. Couple that with the fact that the content is just so perfect, meaningful, and inspiring, and this is one that I will recommend to anyone and everyone. I won’t try to summarize it in detail. I will simply say that it offers what you would expect from Rachel if you’ve read her previous books, namely the next stage in articulating, offering, and advocating for a rich, well-rounded, mature and robust Christian faith that is so unlike the fragile dogmatic house of cards that conservative versions put forward. This progressive Christian faith has deep historical roots yet by its very nature is contemporary as well. One does not have to choose between tradition and relevance any more than one must choose between religion and science, faith and fact, or head and heart. Many people have been steeped in a conservative Christianity which has left them adrift after it inevitably collapsed. This book is for those who have had that experience and have reached the point where they are ready to not merely be content to reject and complain about what they were served but build and create something new, something that they will discover is perennially new and has been around for as long as Christianity has been. Rachel Held Evans articulates many views that I myself hold as a Christian, and consistently does so in a more interesting, humorous, down to earth, and thus effective way than I ever could. The book brought me to tears, not only because it is a wonderful expression of the faith I also hold, but because it is a powerful reminder of what we have lost with Rachel’s untimely death.

Sarah Bessey has written about the book. Jim Burklo has also reviewed it. Here is one from fellow Patheos blogger Vance Morgan:

Revisiting the Garden of Eden

Of related interest, I agree with Pete Enns in not being particularly fond of the label “progressive Christianity.” He suggests “Adaptive Christianity” and I quite like it. Pete writes:

Adaptation is not simply an acceptable dimension of faith—let alone a destructive influence. Rather, without adapting, faith cannot thrive and survive. A faith that does not adapt dies.

Evolving Christianity would also be a good, accurate label – one that I would love not least because of the way modern fundamentalists reject evolution. See what you think when you read the rest of his post here:

Announcement on My Next Book: Progressive Christians Love Jesus Too

Sitting on My Hands

C. Don Jones writes, “Humility requires us to be teachable. Progressive Christianity is teachable. We do not worry that someone may corrupt our faith. We are concerned about someone enslaving the minds of others. Love is teachable. I am willing to let another show me where I have done wrong.”

A Human Being Having a Divine Experience

Shall progressives inherit the United Methodist Church? Not yet…

And from among recent conservative reactions to progressive Christianity that you may find interesting and worth interacting with:

If I Did Not Believe in the Bodily Resurrection…

Struggling with Doubt? Here are 5 Important Truths to Remember 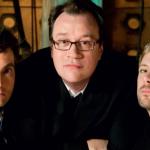 April 30, 2022
#CFP Call for Contributions to a Book: What Writing is Like: The Many Worlds of Russell T Davies
Next Post 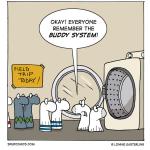 May 10, 2022 The Parables of LaGuardia Airport, the Call Center, and the Lost Sock
Recent Comments
0 | Leave a Comment
Browse Our Archives
Related posts from Religion Prof: The Blog of James F. McGrath