The New Anti-Catholicism: Occupy the Vatican

The old anti-Catholicism found its expression in the mid-nineteenth century when the first large wave of Catholic immigrants arrived in the United States. Some of these immigrant groups 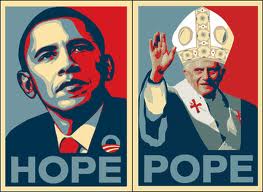 had set up their own private religious schools. Many non-Catholic Americans, however, believed that Catholic schools indoctrinated students in superstitions that were inconsistent with the principles of American democracy. Therefore, in order to make sure that such schools would not receive government funding of any sort, federal and state legislation was proposed that forbade the use of public resources for “religious,” i.e. Catholic, purposes.

January 30, 2012
Francis Schaeffer at 100, and Edith Schaeffer's wonderful note to me
Next Post