Some interesting reads on Biden/Trump, Liberty University, and sage advice from Princeton professors

Over the past 24 hours I’ve read several online pieces, three of which stand out.

The first appeared in The Bulwark and is authored by Mona Charen.  Entitled, “Why this Prolife Conservative is Voting for Biden,” she writes:

Being pro-life is part of an overall approach to ethical questions. It’s wrong to take innocent life. But other things are immoral too. It’s also wrong to swindle people, to degrade and demonize, to incite violence, to bully, and while we’re at it, to steal, to bear false witness, to commit adultery, and to covet. I don’t think Trump has committed murder, and he seems to have honored his parents (though perhaps in the wrong way). But as for the other eight of the 10 commandments, Donald Trump has flagrantly, even proudly violated them all, and encouraged his followers to regard his absence of conscience as strength.

Donald Trump is a daily, even hourly, assault on the very idea of morality, even as he obliterates truth. His influence is like sulphuric acid on our civic bonds. His cruelty is contagious. Remember how he mocked a handicapped reporter in 2016? His defenders either denied the obvious facts, or insisted that, while Trump himself might be “politically incorrect,” his supporters wouldn’t be influenced by that aspect of his character…

Casual cruelty has become the fashion for many Republicans. Trump acolytes have adopted the mob-boss style that Trump brought to the Oval Office. When former Trump lawyer/fixer Michael Cohen was preparing to testify before the House Oversight and Government Reform Committee, Rep. Matt Gaetz, tweeted, “Hey @MichaelCohen212 — Do your wife & father-in-law know about your girlfriends? Maybe tonight would be a good time for that chat. I wonder if she’ll remain faithful when you’re in prison. She’s about to learn a lot.” (Gaetz was rebuked by the House Ethics Committee for this last week.)

Even U.S. senators and cabinet secretaries have aped Trump’s bullying tactics. During Trump’s impeachment trial, Senator Rand Paul (R., KY) repeatedly badgered Chief Justice John Roberts to reveal the name of the whistleblower—in violation of the spirit of whistleblower protection statutes, and despite knowing that it might endanger that person’s safety. When Roberts declined, Paul revealed the name himself on the Senate floor. Secretary of State Mike Pompeo permitted his aggression free reign when NPR’s Mary Louise Kelly asked a question he didn’t like, screaming profanity at her. Sen. Martha McSally, perhaps sensing that the new Republican chic is rudeness, wheeled on a CNN reporter and called him a “liberal hack” before you could say Trumpian. And Ted Cruz, self-styled “constitutional conservative,” has made a show of joining the social media group Parler, which hosts alt-right and other unsavory characters, the better to “own” Twitter.

It isn’t just a matter of style. At Donald Trump’s order, thousands of children, including hundreds under the age of four, were forcibly separated from their parents at the border. Pro-lifers are tender-hearted about the most vulnerable members of society. So images like this must stir something. Separating children from their parents is a barbaric act. In the crush of outrages over the past three and a half years, it has gotten swallowed up, but the horror of what was done in our name should never be forgotten.

You can read more here.

In the essay, “Where Liberty University Goes From Here,” published in today’s Wall Street Journal, Chelsea Patterson Sobolik opines about her alma mater and how it ought to address the damage brought upon the institution by the disgraceful behavior of its president, Jerry Falwell, Jr.  Ms. Sobolik writes:

Success can cover a multitude of sins—at least that’s how it seemed to anyone observing Jerry Falwell Jr.’s behavior when he served as president of Liberty University. His resignation this week was long overdue, and Liberty can now begin regaining its place of prominence as a leading evangelical academic institution. It must start with recommitting to what drew so many young people there in the first place: its reputation for training champions for Christ….

Mr. Falwell denies several additional allegations of moral and financial misconduct, which is why it’s imperative that the board orders an independent investigation into the full extent of his behavior and leadership of Liberty. The same standard of conduct must be applied to everyone at the university. Swift steps should be taken for those who don’t abide by the shared commitment to follow Christ.

As the board begins its search for a new president, it must select someone who will put the mission of “training champions for Christ” first. The next leader of Liberty should focus on cultivating the minds of the next generation of Christian leaders. Amplifying culture-war battles for partisan plaudits is beneath someone charged with leading such an important institution.

The university must place the spiritual care of students above the pursuit of profits. That means creating a culture where students mature in their walk with the Lord while being challenged academically. Mr. Falwell made dramatic cuts to some departments and dissolved the entire philosophy department. New leadership should invest heavily to ensure students receive the highest quality education.

For the entirety of the piece, go here.

Published at the First Things website is a brief essay entitled, “Advice for Students in a Time of Strife.”  Signed by a collection of Princeton University faculty members, it states:

We wish to offer some thoughts and advice to students who are or will soon be attending colleges and universities in these times of strife and polarization. We particularly address those whose beliefs are out of step with the dominant opinion on campus, while noting that sooner or later, if you think for yourself, you will contravene the reigning orthodoxy.

When you deviate from socially prescribed opinion, it is likely that some highly ideologically motivated people who are outraged by your refusal to conform will try to discredit you by the simple expedient of calling you nasty names. The labels have changed repeatedly since the days of Cotton Mather, but the intolerance motivating the labeling has altered little from what it was in Salem at the time of the witch trials. Keep your dignity; stand your ground; don’t let a postmodern puritan bully you by threatening to paste a bar code onto your forehead.

You are also likely, in just about any contemporary college or university, to encounter some ideologically tinged double standards. Do not be quiet about them. Be civil, always, and assertive and persistent as circumstances require. Find out who is in charge of the relevant aspect of campus life; point out the double standard and respectfully ask for it to be eliminated. Hold your college or university to its own professed commitments to fairness, inclusion, and non-indoctrination. You have powerful tools at hand: the force of argument and the power of reason. Neither produces results instantaneously in all cases, but both will work provided you maintain your composure, remain persistently polite, and never stop pushing back.

August 28, 2020 The brilliance of St. Augustine on grace and free will
Recent Comments
0 | Leave a Comment
Browse Our Archives
get the latest from
Return to Rome
Sign up for our newsletter
POPULAR AT PATHEOS Catholic
1

Facing this Election, We Must Recall...
suspended in her jar
Related posts from Return to Rome 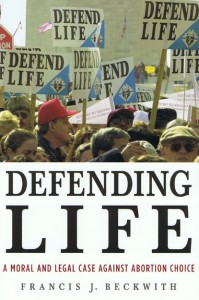 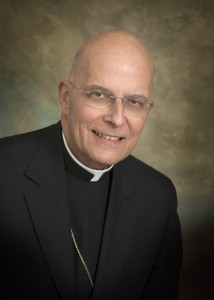 Catholic
Cardinal George of Chicago: "We cannot — we...
Return to Rome

I Will Not Teach American Exceptionalism
Just for the record, I will not teach my daughter to...
view all Catholic blogs
What Are Your Thoughts?leave a comment
Copyright 2008-2020, Patheos. All rights reserved.